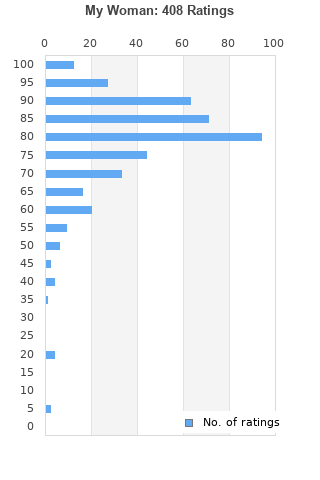 My Woman is ranked as the best album by Angel Olsen. 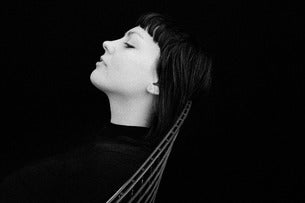 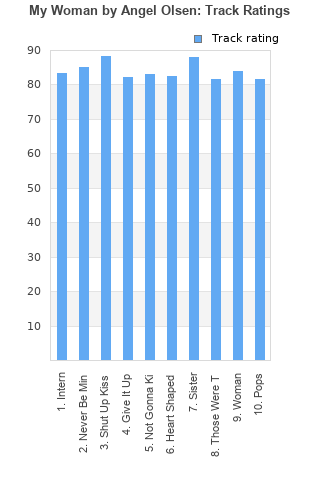 Rating metrics: Outliers can be removed when calculating a mean average to dampen the effects of ratings outside the normal distribution. This figure is provided as the trimmed mean. A high standard deviation can be legitimate, but can sometimes indicate 'gaming' is occurring. Consider a simplified example* of an item receiving ratings of 100, 50, & 0. The mean average rating would be 50. However, ratings of 55, 50 & 45 could also result in the same average. The second average might be more trusted because there is more consensus around a particular rating (a lower deviation).
(*In practice, some albums can have several thousand ratings)
This album is rated in the top 2% of all albums on BestEverAlbums.com. This album has a Bayesian average rating of 79.3/100, a mean average of 78.5/100, and a trimmed mean (excluding outliers) of 79.5/100. The standard deviation for this album is 13.7.

Angel Olsen took 6 years, 2 albums a bunch of singles and a superb EP to become an over night sensation on album number 3 “My Woman “. Of course those in the know who had followed her career from the beginning always understood what a special talent she was and eventually the genie would be out of the bottle and so it has come to pass

This album will become known as Angel Olsens transition album taking her from lonesome folk singer to fully fledged songstress which would be continued on and improved upon with the following release 2019’s excellent ‘All Mirrors’. And here’s the thing, ‘My Woman’ is actually a concept album about a relationship gone bad from a women’s perspective and if that sounds familiar it should - Mitski’s 2018 masterpiece ‘Be The Cowboy’ has the exact same narrative

AO has openly admitted ‘My Woman’ has a distinct Side A and Side B with the tracks Intern , Never Be Mine, Shut Up Kiss Me, Give it Up , Not Gonna Kill You and Heart Shaped Face representing the more uptempo tracks and the 2nd half ( Sister , Those Were The Days , Woman ,Pops ) a somber closing as things fall completely apart. Having listened to this album as many times as I have this narrative makes complete sense

‘My Woman ‘ is an album that takes several listens to fully appreciate, the first couple of spins you will be left wondering what all the fuss is about but perseverance is richly rewarded particularly Side B

Those first three songs are to die for.

The first 3 songs are sheer perfection and a ton of fun to listen to. The second half is not bad, but it just doesn't hold my interest quite as much. I'll try to give it time and see if it grows on me, though. Either way a really solid album and nothing is bad on it.

Both heartwarming and heartbreaking. Very few artists can achieve this. Despite her obvious influences, Angel Olsen is still one of a kind.

A class act-this may actually turn out to be my fav album of 2016, although I only heard it this year. Angel Olsen has a great attitude and sexiness that is often missing in rock. Why is she so underappreciated?

Does anyone else hear Stevie Nicks?

A haunting listen. I have some dark memories living in a cabin in the woods alone. Cold, but not uncomfortable. Nestled next to a hearth fire listening to this over and over and over again.

I was brought to the attention of Angel Olsen when her last album was released. I didn't dabble on it too long, so I was intrigued when her name came up again when this record received a lot of praise.

It's definitely worth a listen. Olsen's singing is good, but her songs keep you interested with good variety and passion she presents here. This album will make Angel Olsen a sweetheart of the indie genre.

Track Pick: Shut Up Kiss Me

there hasn't been an album that was more of a grower than this one for me in a long time. My love for it keeps growing from the first time I listened to it till now!

Your feedback for My Woman