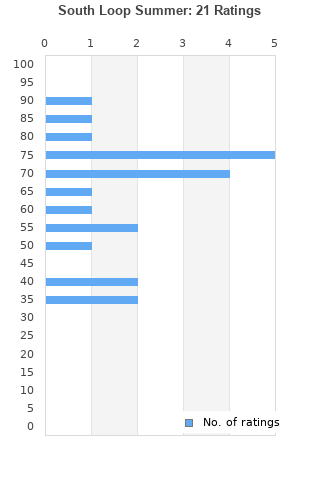 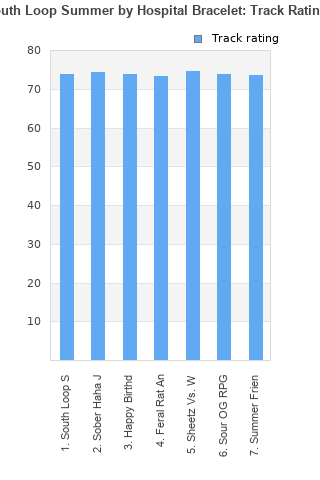 Rating metrics: Outliers can be removed when calculating a mean average to dampen the effects of ratings outside the normal distribution. This figure is provided as the trimmed mean. A high standard deviation can be legitimate, but can sometimes indicate 'gaming' is occurring. Consider a simplified example* of an item receiving ratings of 100, 50, & 0. The mean average rating would be 50. However, ratings of 55, 50 & 45 could also result in the same average. The second average might be more trusted because there is more consensus around a particular rating (a lower deviation).
(*In practice, some albums can have several thousand ratings)
This album has a Bayesian average rating of 66.9/100, a mean average of 64.0/100, and a trimmed mean (excluding outliers) of 64.0/100. The standard deviation for this album is 15.9.

Not all that unique but I'd be lying if I said I didn't enjoy my time with it at least a little. Probably won't get too many revisits but we'll see I guess

There is something truly beautiful about this album. And its not just the music itself. Perhaps it's the attitude. Or maybe its some other intangible quality that isn't there on the record exactly. The can-do, DIY, "let's just express ourselves!" vibe that drips from the soft-loud vacillations contained in this 7 song, 29 minute debut album is so bracing. This is punk rock in its most basic definition. It cuts through the rules and the restraints and comes out of the headphones and includes you in its world for a little while.

When lead singer Eric Christopher really belts it in "Feral Rat Anthem" there is something truly authentic there. Its exhilarating. Like-wise when Eric gets emotional and earnest on "Sheetz and Wawa". Likewise when they quietly and unassumingly sing in the "Sober Haha JK Unless". The whole band is vital and exciting but the lead singer in particular seems to be the star.

The trio is so sick throughout this album. The quality isn't due to mechanical, mathematical, musical measurements. The drums aren't always in time, the guitars aren't always precise and professional sounding. But that is such a negligible concern or actually no concern at all cuz when this band gets into a song (which they do with all of these 7) there is a pure punk energy that is inspiring as anything I've heard in awhile. And when they slow it down and build up a moody emo track the emotions and the expression is so raw and real I feel right there with them.

Anyway, this album is a treat. I am serious when I say for me personally it reminded me of what I love about Indie rock, DIY punk and the whole attitude of this "Movement" or, more accurately, ethos that has been such a big part of my life since I was a pre-teen.

There have already been some great albums, even some great debut albums and exciting releases this year. But this is my favorite thus far. No contest (yet)

Your feedback for South Loop Summer