The Seer (track) by Swans 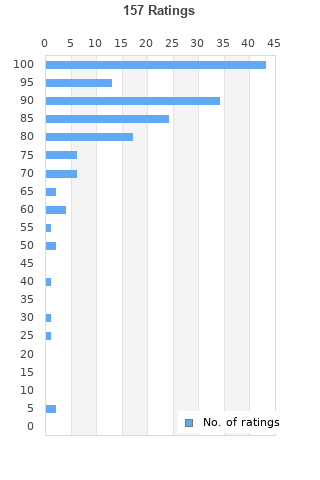 The Seer appears on the following album(s) by Swans: 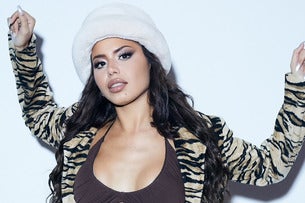 Rating metrics: Outliers can be removed when calculating a mean average to dampen the effects of ratings outside the normal distribution. This figure is provided as the trimmed mean. A high standard deviation can be legitimate, but can sometimes indicate 'gaming' is occurring. Consider a simplified example* of an item receiving ratings of 100, 50, & 0. The mean average rating would be 50. However, ratings of 55, 50 & 45 could also result in the same average. The second average might be more trusted because there is more consensus around a particular rating (a lower deviation).
(*In practice, some tracks can have several thousand ratings)
This track is rated in the top 1% of all tracks on BestEverAlbums.com. This track has a Bayesian average rating of 87.3/100, a mean average of 86.9/100, and a trimmed mean (excluding outliers) of 88.0/100. The standard deviation for this track is 13.6.

Every song on this album feels like a prolonged punch to the gut. But this just takes it to the next level. I can't believe that humans made this and not cosmic gods.

Starts with an assault on the ears, featuring incredibly loud bagpipes, to set the tone and disorient you after the calm, serene The Wolf. Then that stops and you hear a...banjo? After a bit of that, an industrial-ish beat starts (they say Swans and Death Grips have crossover appeal), followed by a very uninterested sounding bass groove (note that I said uninterestED, not uninterestING). Then a more interested-sounding groove starts, and reversed guitars play. Nearly 8 minutes into the track, the vocals start, with one line only: 'I see it all' (not counting the occasional 'Aaaaaaaaaah'). These vocals fade in and out. After this goes on for a bit, with some WEEEEEOOOOO-kinda sounds, the song changes completely, losing everything except drums and noise, with the new song going on for a bit, before slowing down to a crawl, then slowing down some more until there's only one beat every five seconds. Some bells come in, followed by distorted guitars. At this point, The Seer has metamorphosed all over the place, growing and losing parts.

The track is only halfway done.

After a while of that, the track loses everything again and becomes incredibly atmospheric. The only real instrument is a half-hearted harmonica. After this, guitars and drums come back, and Gira tells an imaginary son 'I love you too much' and says 'the common mind, the coal in my mouth, the coal in my mind' before descending into complete gibberish. You've probably heard this album described as 'the soundtrack to the end of the world', the second half of this track is a fantastic example. No more vocals after that for the rest of the song.

The Seer (album) is an odyssey, but The Seer (track) is a journey in and of itself. Sublime. When I first heard The Seer after To Be Kind and didn't like it, I thought this track dragged on way too much compared to Bring The Sun/Toussaint L'Ouverture, but relistening, I'm finding my self loving the album and the song.

Easily the best song on the album.

The Swans magnum opus.
Up there with helpless child, the sound, beautiful child, etc.
Nothing on the same album could beat it.
Hearing it in the dark is madness, specially if you are alone on the middle of a black room.

I guess it's the same deal with long tracks as with long albums. Not easy to make something completely flawless. Epic and horrifying, but demanding track to sit through!

Your feedback for The Seer