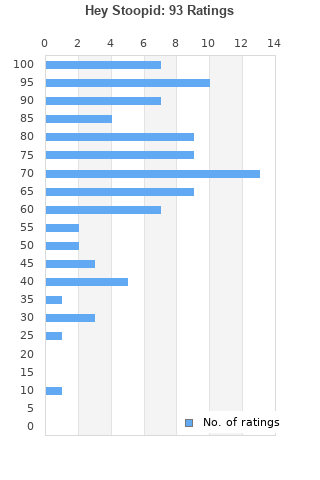 Hey Stoopid is ranked 9th best out of 35 albums by Alice Cooper on BestEverAlbums.com.

The best album by Alice Cooper is Killer which is ranked number 2058 in the list of all-time albums with a total rank score of 779. 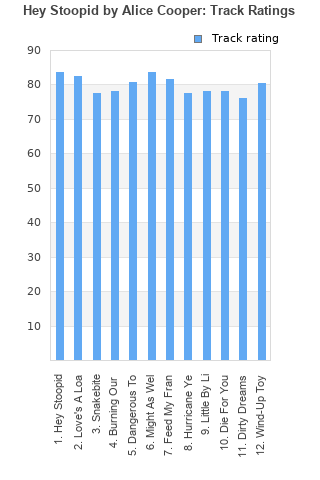 Outliers can be removed when calculating a mean average to dampen the effects of ratings outside the normal distribution. This figure is provided as the trimmed mean. A high standard deviation can be legitimate, but can sometimes indicate 'gaming' is occurring. Consider a simplified example* of an item receiving ratings of 100, 50, & 0. The mean average rating would be 50. However, ratings of 55, 50 & 45 could also result in the same average. The second average might be more trusted because there is more consensus around a particular rating (a lower deviation).
(*In practice, some albums can have several thousand ratings)
This album has a mean average rating of 71.0/100. The trimmed mean (excluding outliers) is 70.5/100. The standard deviation for this album is 21.0.

There are a few good songs here (Hey Stoopid, Feed My Frankenstein, Dirty Dreams) but for the most part the songs like any kind of irony to offeset what is really some pretty songwriting.

Production is the strong point.

This, while more in the hair metal vein, than many of Alice's albums is one of his more underrated works. Lots of good songs here. 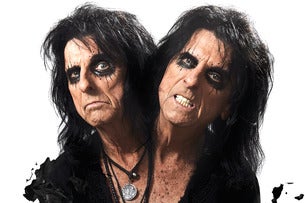 Your feedback for Hey Stoopid