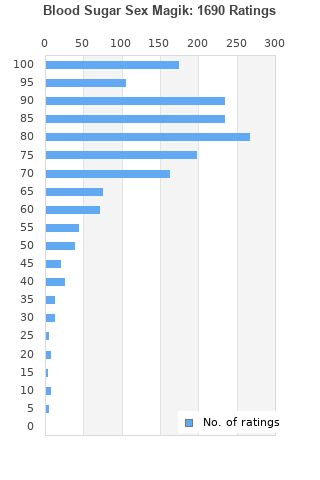 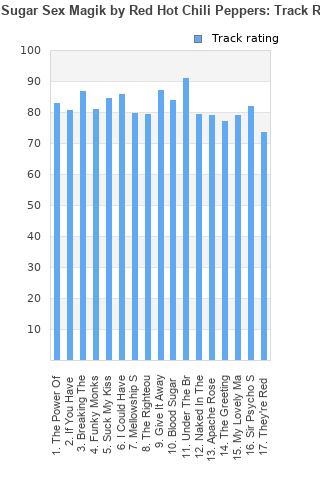 Rating metrics: Outliers can be removed when calculating a mean average to dampen the effects of ratings outside the normal distribution. This figure is provided as the trimmed mean. A high standard deviation can be legitimate, but can sometimes indicate 'gaming' is occurring. Consider a simplified example* of an item receiving ratings of 100, 50, & 0. The mean average rating would be 50. However, ratings of 55, 50 & 45 could also result in the same average. The second average might be more trusted because there is more consensus around a particular rating (a lower deviation).
(*In practice, some albums can have several thousand ratings)
This album is rated in the top 2% of all albums on BestEverAlbums.com. This album has a mean average rating of 78.0/100. The trimmed mean (excluding outliers) is 79.1/100. The standard deviation for this album is 16.4.

One of the most original, inventive, organic, unpretentious masterpieces of all time!!!

This album is seriously overlooked by this website and deserves a much, much higher ranking!!

This is where they started getting serious or whatever. The funk rock is still on point at least.

Hugely overrated in the public opinion, I think the average rating on this site is somewhat accurate.

I could have lied is really underrated.

Favorite Tracks:Breaking The Girl, Mellowship Slinky In B Major, Blood Sugar Sex Magik, Under The Bridge

Awesome album, albeit a bit too long.

Favorites: Give It Away, Under The Bridge, Naked In The Rain.

Controversial opinion - this is incredibly overrated and filler heavy. Too many funky songs without melody and way way overlong. Not even in top 3 RHCP albums.

This one is hella groovy! Lots of underrated songs where Chad Smith is at his best;
- Mellowship Slinky in B Major
- Righteous and the Wicked
- Naked in the Rain
- Power of Equality

If you listened to college radio in the early nineties, you're very familiar with this album. Rare was the time, at least for a couple of years, that you wouldn't hear something from this CD. And justifiably so - this is some of RHCP's finest work. It may bog down in some places, but it's still a classic.