Another Girl (track) by The Beatles 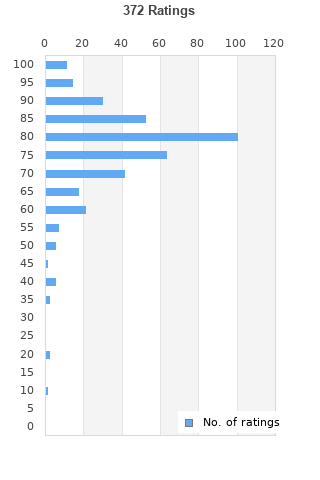 Another Girl appears on the following album(s) by The Beatles:

Rating metrics: Outliers can be removed when calculating a mean average to dampen the effects of ratings outside the normal distribution. This figure is provided as the trimmed mean. A high standard deviation can be legitimate, but can sometimes indicate 'gaming' is occurring. Consider a simplified example* of an item receiving ratings of 100, 50, & 0. The mean average rating would be 50. However, ratings of 55, 50 & 45 could also result in the same average. The second average might be more trusted because there is more consensus around a particular rating (a lower deviation).
(*In practice, some tracks can have several thousand ratings)
This track has a Bayesian average rating of 77.4/100, a mean average of 76.7/100, and a trimmed mean (excluding outliers) of 77.4/100. The standard deviation for this track is 12.7.

Definitely not a highlight, but a misogynistic accounting of the adulation the Beatles were feeling at the time.

McCartney said of this song and other album tracks, "It's a bit much to call them fillers because I think they were a bit more than that, and each one of them made it past the Beatles test. We all had to like it."

It's okay for filler, but some of the lyrics! 'She's sweeter than all the girls and I've met quite a few', nudge nudge, 'i ain't no fool and I don't take what I don't want'. I hate this guy, what a jerk. A guy that treats women like dirt just to inflate his already own massive ego. Why did Paul McCartney write such a smug song. Is it really an unintended snapshot of McCartney's subconscious when it comes to women, his treatment of groupies;etc. Anyway, it's jolly enough musically, an enjoyable country rock number, but the guy who is singing this is not a nice guy.

well is a god song, but I really think that could begetter, but still good song

Your feedback for Another Girl