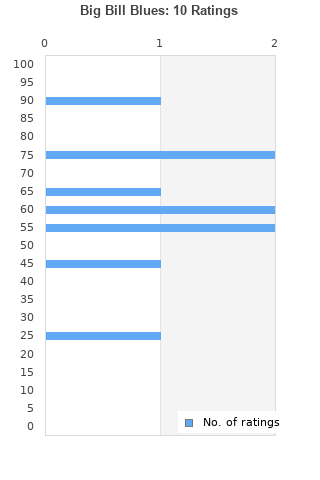 Big Bill Broonzy - Big Bill's Blues
Condition: Like New
Time left: 9h 26m 3s
Ships to: Worldwide
£2.00
Go to store
Product prices and availability are accurate as of the date indicated and are subject to change. Any price and availability information displayed on the linked website at the time of purchase will apply to the purchase of this product.  See full search results on eBay

Big Bill Blues is ranked 3rd best out of 16 albums by Big Bill Broonzy on BestEverAlbums.com. 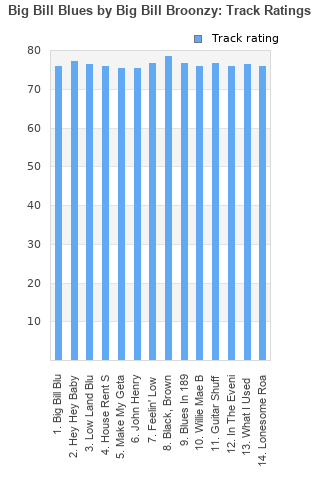 To have the hair on your arms stick up on a record that is 65 years old is soul moving. As I sit here in the States at the end of 2020 listening to an album recorded in 1955, a copy of which I just had shipped from France, I'm overjoyed to have this record in my collection.

I am late to studying and appreciating the bluesmen of old, but man...what a legacy they left. Big Bill left a hell of a record with this one! Love it. Appreciate it. Treasure it.

Your feedback for Big Bill Blues