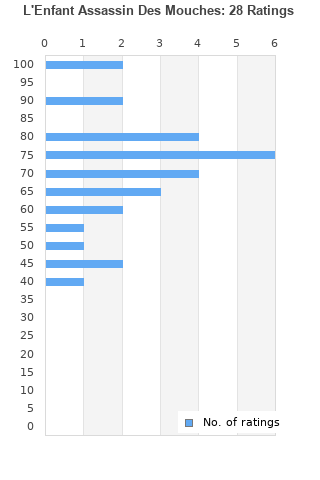 L'Enfant Assassin Des Mouches is ranked as the best album by Jean-Claude Vannier.

One Night of Queen
The Wilbur, Boston, United States. 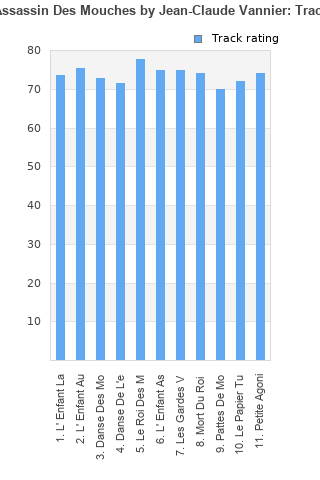 Rating metrics: Outliers can be removed when calculating a mean average to dampen the effects of ratings outside the normal distribution. This figure is provided as the trimmed mean. A high standard deviation can be legitimate, but can sometimes indicate 'gaming' is occurring. Consider a simplified example* of an item receiving ratings of 100, 50, & 0. The mean average rating would be 50. However, ratings of 55, 50 & 45 could also result in the same average. The second average might be more trusted because there is more consensus around a particular rating (a lower deviation).
(*In practice, some albums can have several thousand ratings)
This album has a Bayesian average rating of 71.7/100, a mean average of 71.1/100, and a trimmed mean (excluding outliers) of 71.1/100. The standard deviation for this album is 15.0.

Better than its "sister" album "melody nelson" which gets bigged up regular. Good people like finders keepers are unearthing these forgotten gems and giving them anew life.

A French concept album easily comparable, if not better than, genre classics such as Pink Floyd and Genesis. To discover and fall in love with.