Close To The Edge (studio album) by Yes 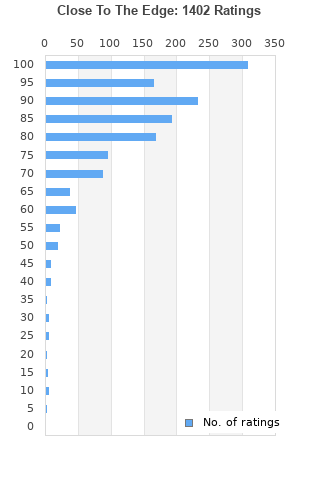 YES - Close To The Edge >1st UK 8-Track tape in art sleeve EX > S Howe, Wakeman
Condition: Very Good
Time left: 2h 2m 19s
Ships to: Worldwide
$99.95
Go to store
Product prices and availability are accurate as of the date indicated and are subject to change. Any price and availability information displayed on the linked website at the time of purchase will apply to the purchase of this product.  See full search results on eBay

Close To The Edge is ranked as the best album by Yes. 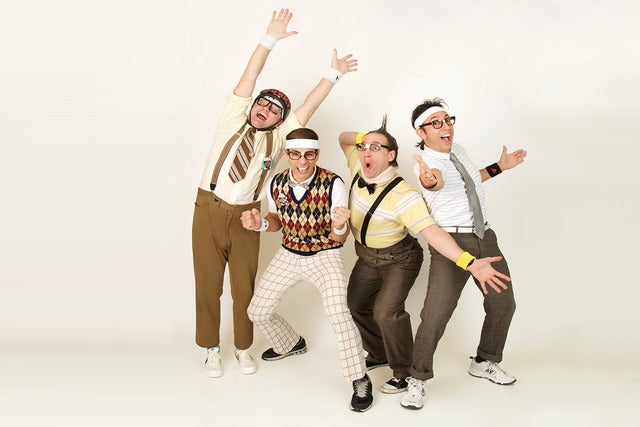 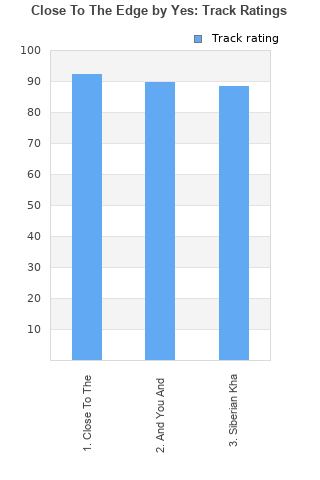 And You And I: Cord Of Life / Eclipse / The Preacher The Teacher / Apocalypse
Rating: 89 (326 votes)Comments:

Close To The Edge rankings

Close To The Edge collection

Close To The Edge ratings

Rating metrics: Outliers can be removed when calculating a mean average to dampen the effects of ratings outside the normal distribution. This figure is provided as the trimmed mean. A high standard deviation can be legitimate, but can sometimes indicate 'gaming' is occurring. Consider a simplified example* of an item receiving ratings of 100, 50, & 0. The mean average rating would be 50. However, ratings of 55, 50 & 45 could also result in the same average. The second average might be more trusted because there is more consensus around a particular rating (a lower deviation).
(*In practice, some albums can have several thousand ratings)
This album is rated in the top 1% of all albums on BestEverAlbums.com. This album has a Bayesian average rating of 85.5/100, a mean average of 84.5/100, and a trimmed mean (excluding outliers) of 85.6/100. The standard deviation for this album is 14.8.

Close To The Edge favourites

Close To The Edge comments

This album took me so long to get into but with all the positive reviews I just had to persevere, that perseverance eventually bought me one of my top ten albums of all time, it is a thing of beauty that will never grow old, it’s not a great place to start, I would say ‘The Yes Album’ is a good introduction and much easier to get into and almost condition you for the majesty of ‘Close To The Edge’. Never give up as you will be richly rewarded.

At least I liked the parts without vocals...

Vocals and lyrics leave a lot to be desired, but the music is beyond words.

This is about as good as prog gets. Close to the Edge > DSOTM.

However, Animals and Wish You Were Here top this album.

It is very good when you listen to it. I would say a great work. I like the First Song very much and the last song is very good very good Progressive music like Rush.

Everything came together and it works like pure magic

The best prog album ever made.

Bill Bruford (the drummer) came up with the title "Close to the Edge" because he felt that Yes was on the edge of a precipice with this album. Take the eponymous title cut for instance. Yes, it is epic in every way but IMHO what makes it transcendentally epic is the transition from III. I Get Up, I Get Down to IV: Seasons of Man from 14:50-15:50 which leads to the song's closing: so perfect that Rush could do nothing but listen to this and weep since they would never come close to this kind of perfection. And this is not to take away from the rest of the song. Bill Bruford himself would say of Chris Squire (the bassist) after the latter's passing: "Whenever I think of him, which is not infrequently, I think of the over-driven fuzz of the sinewy staccato hits in Close to the Edge (6’04” and on) or a couple of minutes later where he sounds like a tuba (8’.00”)."

Can't believe that weird little style of Captain Beefheart actually had some traction, and I can't believe Yes actually managed to turn it into something catchy. I have the feeling Pink Floyd liked their vocals.

Your feedback for Close To The Edge