Ege Bamyası (studio album) by Can 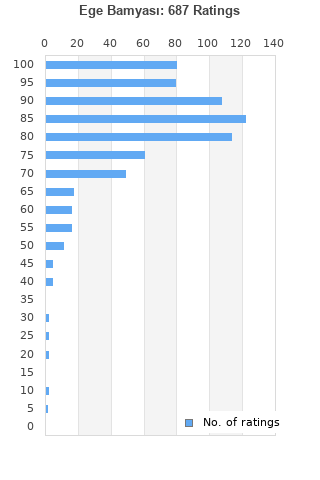 Ege Bamyası is ranked 2nd best out of 30 albums by Can on BestEverAlbums.com.

The best album by Can is Tago Mago which is ranked number 147 in the list of all-time albums with a total rank score of 11,369. 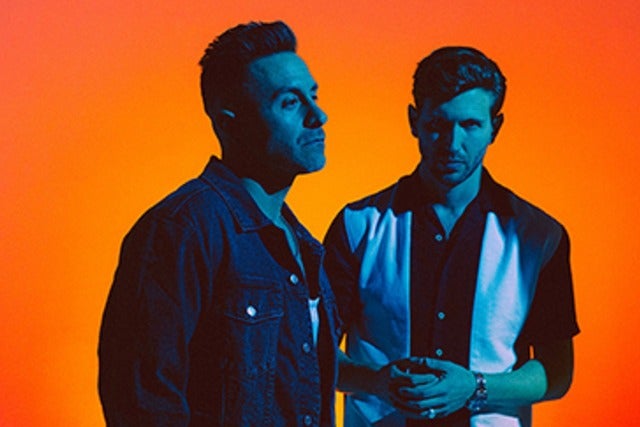 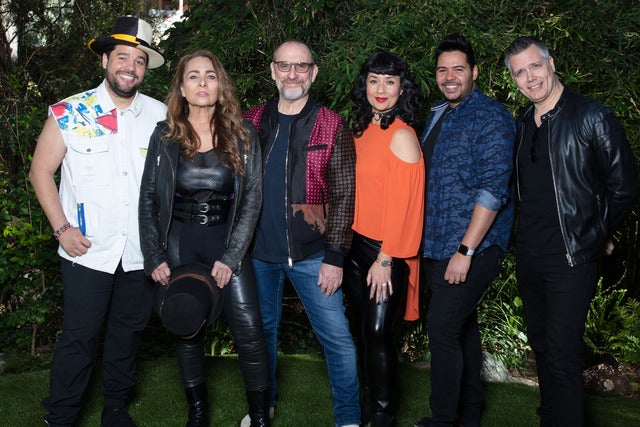 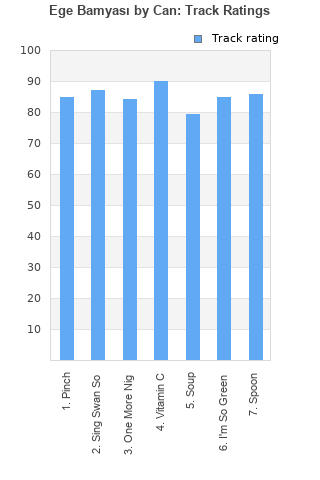 Rating metrics: Outliers can be removed when calculating a mean average to dampen the effects of ratings outside the normal distribution. This figure is provided as the trimmed mean. A high standard deviation can be legitimate, but can sometimes indicate 'gaming' is occurring. Consider a simplified example* of an item receiving ratings of 100, 50, & 0. The mean average rating would be 50. However, ratings of 55, 50 & 45 could also result in the same average. The second average might be more trusted because there is more consensus around a particular rating (a lower deviation).
(*In practice, some albums can have several thousand ratings)
This album is rated in the top 1% of all albums on BestEverAlbums.com. This album has a Bayesian average rating of 83.3/100, a mean average of 82.5/100, and a trimmed mean (excluding outliers) of 83.4/100. The standard deviation for this album is 13.9.

This is a lot more of a funkier release than I was expecting and its with these rhythms that makes this album probably their most accessible work. It is definitely the easiest one to enjoy and get your head around with some songs showing at least signs of a melody. The percussion steels the show for me though with it giving so much life to each track and it keeps me engaged even on the weaker songs. This is mainly the drum work which is simply fantastic. The vocals are very strong on here as well and they create some pretty good choruses which utilise the voice well. However, I do find a song to be quite weak which is the 10 minute soup. This cut takes up a quarter of the album and feels completely unnecessary to the release and I think the album would be stronger without it. Other than that it is pretty strong with only a few weak moments on the remaining tracks. Overall, a great album that is psychedelic and easy to enjoy but the one song lets it down.

Really strange album but not as weird as Tago Mago, slightly more accesable. Pinch and Soup are the longest tracks and they are waste of time for me. The best ones that I really love is Sing Swan Song and Vitamin C. But this isn't very consistent album.

I'm sure there's a direct correlation between everyone calling this accessible and it being the Can album I've enjoyed the most so far.

This is pop music - for their standards. There is of course a lot of their trademark stuff: experimentation, jamming, chaos, lyrics that don't make that much sense, but it is still significantly tighter and more accessible than "Tago Mago", it is an album with actual songs, at some points you can almost hear some melodies going on, not to mention there is also some singing (or close to it anyway). This is a good starting point, if you are unfamiliar with their work and want to get into them, but for me there is no comparison between the two albums, "Tago Mago" is their masterpiece. Overall, 60/100.

If Can could ever be accessible, this is it. Concise and to the point, but still wildly and wonderfully weird. Ege Bamyası would be anyone else's magnum opus.

CAN is one of the most extraordinary and inventive groups in Rock history. Their "Krautrock" releases a psychedelic energy with German sauce. On this album we find progressive songs rock, blues and a little funky. "Ege Bamyasi" is less dark than "Tago Mago" because of the funky drum game and the groovy bass. The strange solos of guitarist Michaël Karoli are exellent. To conclude, "Ege Bamyasi" is one of CAN's best album and a classic of Experimental Rock. I find it, nevertheless, a little less interesting than "Tago Mago", their masterpiece.

Hasn't lost a thing in all the years that've gone by. And that drummer is just plain ridiculous.

Just bought this as a vinyl re-release and immediately love it. Interesting drum rhythms and the way the drums have been recorded, i.e. at the front of the mix, make this quite a unique sound. The keyboards and guitars are fairly minamalistic. It's like Syd Barrett era Floyd crossed with Gong and Zappa with a touch of Crimson! Have no idea what is being sung but who cares!

Wow, these guys sure stole a lot from Radiohead

Your feedback for Ege Bamyası