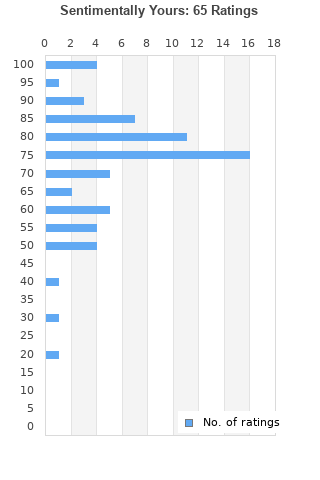 Sentimentally Yours is ranked 2nd best out of 18 albums by Patsy Cline on BestEverAlbums.com.

The best album by Patsy Cline is Showcase which is ranked number 3555 in the list of all-time albums with a total rank score of 412.

Boz Scaggs: Out of The Blues Tour 2022
The Factory, Chesterfield, United States. 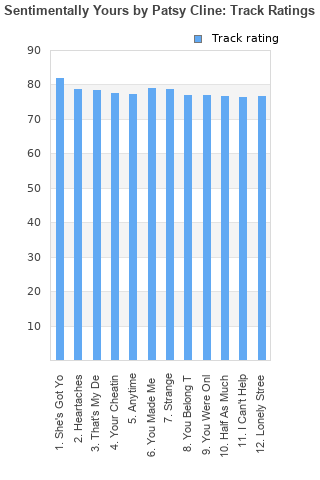 Rating metrics: Outliers can be removed when calculating a mean average to dampen the effects of ratings outside the normal distribution. This figure is provided as the trimmed mean. A high standard deviation can be legitimate, but can sometimes indicate 'gaming' is occurring. Consider a simplified example* of an item receiving ratings of 100, 50, & 0. The mean average rating would be 50. However, ratings of 55, 50 & 45 could also result in the same average. The second average might be more trusted because there is more consensus around a particular rating (a lower deviation).
(*In practice, some albums can have several thousand ratings)
This album has a Bayesian average rating of 73.8/100, a mean average of 73.1/100, and a trimmed mean (excluding outliers) of 74.0/100. The standard deviation for this album is 15.4.

Another excellent album, very similar to Showcase it presented country chestnuts in a pop format. The two Hank Williams covers are excellent as expected.

Best tracks: Strange, You Belong to Me
Worst tracks: Half as Much, I Can't Help It, Lonely Street

Your feedback for Sentimentally Yours