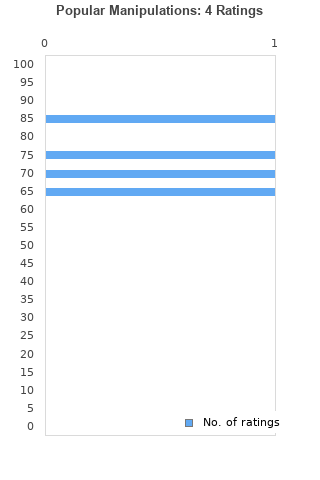 Popular Manipulations by The Districts (Vinyl LP, 2017 USA Sealed)
Condition: New
Time left: 3d 12h 26m 51s
Ships to: Worldwide
$18.17
Go to store
Product prices and availability are accurate as of the date indicated and are subject to change. Any price and availability information displayed on the linked website at the time of purchase will apply to the purchase of this product.  See full search results on eBay

Popular Manipulations is ranked as the best album by The Districts. 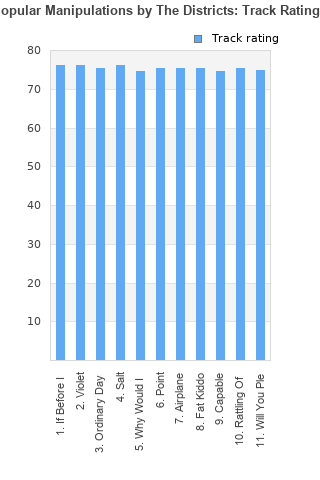 The Pennsylvania band have released a cracking album in 'Popular Manipulations'

Channelling Built To Spill (and to a lesser degree The Killers) , tracks such as "Ordinary Day" , "Salt" and "Point" could easily have been on 'Keep It Like A Secret'

This album is definitely a grower taking 3 full listens to really get into it , so please don’t dismiss it after a single listen. 'Popular Manipulations' has become a late 2017 pleasant surprise & will land on my 2017 Best Album List ....easily

Your feedback for Popular Manipulations