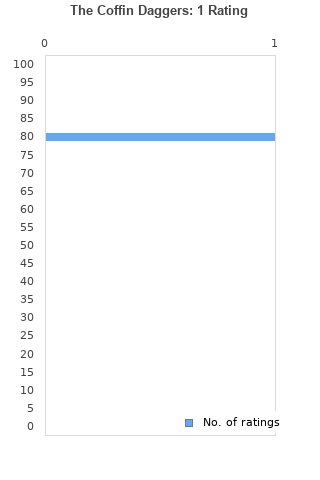 No tracks have been rated on this album yet.
#
Track
Rating/Comments
1.
Psychonaut
Rating: Not enough dataComments:

0
13.
Seduction Of The Innocent
Rating: Not enough dataComments:

The debut album from New York based surf-punk group, The Coffin Daggers, unleashes the instrumental fury of the 4 man ensemble and their way-out Surfaris style, gothic ruminations. Recorded live on two tracks in Atlanta, GA over two days in 2001, and released in 2002 on the Urko Records Label (Cat # URKO 001) this 15 track collection is just fun! The band went on to release 3 additional albums on both Urko and Cleopatra Records.

Your feedback for The Coffin Daggers