You Forgot It In People (studio album) by Broken Social Scene

You Forgot It In People by Broken Social Scene
Year: 2002
Overall rank: 276th 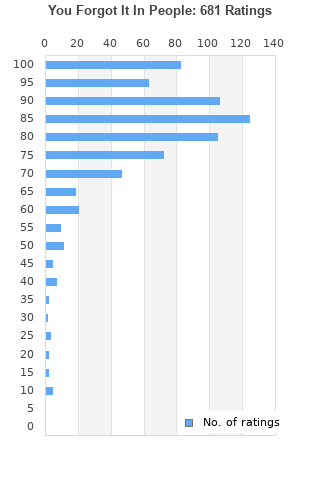 You Forgot It In People is ranked as the best album by Broken Social Scene. 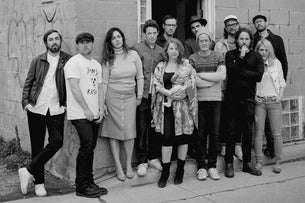 Listen to You Forgot It In People on YouTube 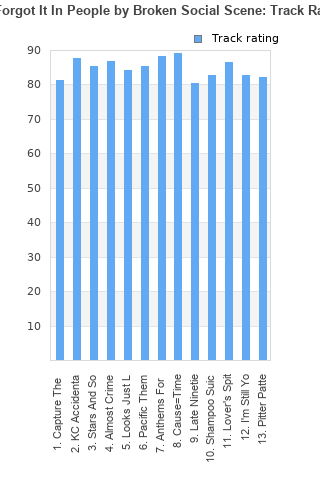 You Forgot It In People rankings

You Forgot It In People collection

You Forgot It In People ratings

Rating metrics: Outliers can be removed when calculating a mean average to dampen the effects of ratings outside the normal distribution. This figure is provided as the trimmed mean. A high standard deviation can be legitimate, but can sometimes indicate 'gaming' is occurring. Consider a simplified example* of an item receiving ratings of 100, 50, & 0. The mean average rating would be 50. However, ratings of 55, 50 & 45 could also result in the same average. The second average might be more trusted because there is more consensus around a particular rating (a lower deviation).
(*In practice, some albums can have several thousand ratings)
This album is rated in the top 1% of all albums on BestEverAlbums.com. This album has a Bayesian average rating of 82.7/100, a mean average of 81.6/100, and a trimmed mean (excluding outliers) of 82.8/100. The standard deviation for this album is 15.2.

You Forgot It In People favourites

You Forgot It In People comments

Very good. I can see myself listening to this as obsessively as I did with The Lonesome Crowded West. Cause = Time is especially great.

This album is musically stunning and with each song it just keeps getting better. It is a real highlight of the indie rock scene and demonstrates just how incredible this type of music can be. Every song flows seamlessly into the next and never breaks stride for the full 56 minute run time. While the lyrics at times are a little weak, the album as a whole is fantastic.

Should be called Meditations of Urban twentysomethings, most of the songs feel like vignettes of moods collected to a whole diorama of experiences, the lyrics are mostly second to the music. Pretentious but a healthy dose of pretension


One of the few great things to come out of the Toronto scene.

Broken Social Scene sums up everything I love about indie rock in this album. A masterpiece of its genre.

One of the most important indie albums (or just in general) of the decade. Comparable to so much but unlike anything else. Such a state of mystery and power embedded in each song and only intensifies as the album goes on, I guess that's the affect an ex-post-rock band can have when taking this approach. My AOTY, even though I consider Yankee Foxtrot a 10.

I dont think it's bad, just not my cup of tea.

Don't let their name fool you, this band is nowhere close to the type of music you would expect with the name 'Broken Social Scene.' I find this album to be so unique and interesting that it is honestly one of my very most listened to albums of the past year.

Your feedback for You Forgot It In People