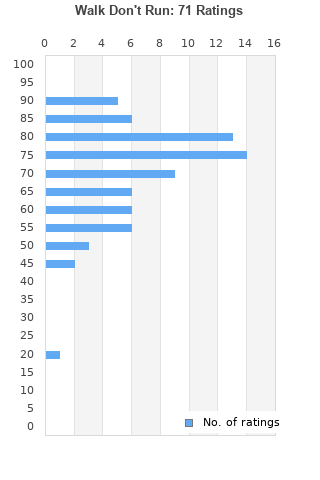 Walk Don't Run : The Best of the Ventures by The Ventures (Cassette, Jul-1996, …
Condition: Very Good
Time left: 5h 35m 35s
Ships to: Worldwide
$0.99
Go to store
Product prices and availability are accurate as of the date indicated and are subject to change. Any price and availability information displayed on the linked website at the time of purchase will apply to the purchase of this product.  See full search results on eBay

Walk Don't Run is ranked as the best album by The Ventures. 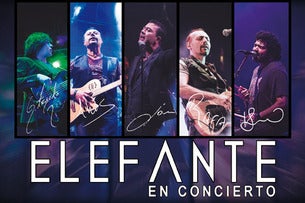 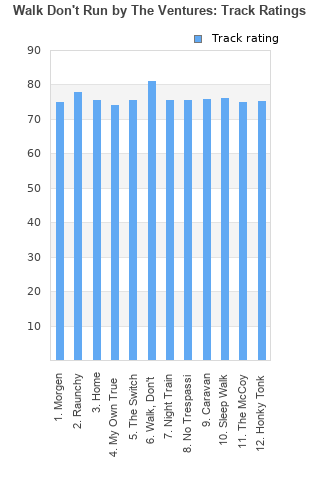 Rating metrics: Outliers can be removed when calculating a mean average to dampen the effects of ratings outside the normal distribution. This figure is provided as the trimmed mean. A high standard deviation can be legitimate, but can sometimes indicate 'gaming' is occurring. Consider a simplified example* of an item receiving ratings of 100, 50, & 0. The mean average rating would be 50. However, ratings of 55, 50 & 45 could also result in the same average. The second average might be more trusted because there is more consensus around a particular rating (a lower deviation).
(*In practice, some albums can have several thousand ratings)
This album has a Bayesian average rating of 73.2/100, a mean average of 72.3/100, and a trimmed mean (excluding outliers) of 73.2/100. The standard deviation for this album is 12.5.

While arguably the most important of the early surf rock records, it is, in my opinion, one of the most disappointing as a cohesive record. There are some great tracks on here that can be picked out individually and played as some sort of steady, beat tunes. That being said, the record, despite being less than 27 minutes, sounds boring due to the repetitive and uninspired melodies.

I just love the production on this record.

As an album, I actually don't like this at all. It's just too much of the same thing. Some individual songs are great though. Nice guitar tones and melodies. I remember Paul saying something like George auditioned with Raunchy to the Beatles and since he was the only one that could play it, he was in. You can totally hear how that song influenced his playing all throughout his early Beatle years.

One thought I had while I was listening to this... it's like the ultra conservative families rock n' roll because there's no lyrics to corrupt their minds... hehe. I could just imagine some kid getting away with listening to this for that reason.

Nice instrumental rock. Sounds ahead of its time.

Your feedback for Walk Don't Run