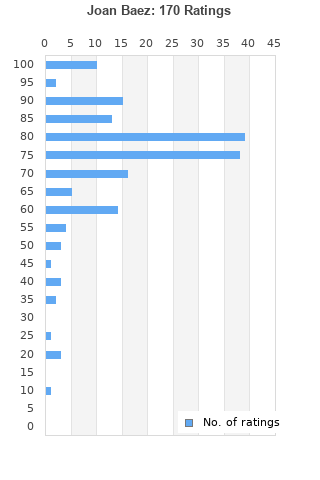 Joan Baez Blowin' Away LP Vinyl Album Portrait PR 34697 Stereo **NO SCRATCHES**
Condition: Used
Time left: 1h 26m
Ships to: Worldwide
$24.99
Go to store
Product prices and availability are accurate as of the date indicated and are subject to change. Any price and availability information displayed on the linked website at the time of purchase will apply to the purchase of this product.  See full search results on eBay

Joan Baez is ranked as the best album by Joan Baez.

The Bash Dogs with The Charities and Windows
The Echo, Los Angeles, United States. 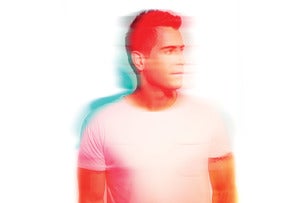 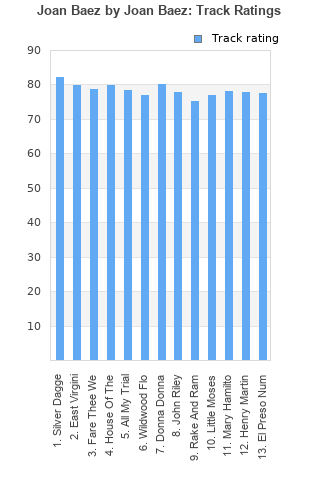 Rating metrics: Outliers can be removed when calculating a mean average to dampen the effects of ratings outside the normal distribution. This figure is provided as the trimmed mean. A high standard deviation can be legitimate, but can sometimes indicate 'gaming' is occurring. Consider a simplified example* of an item receiving ratings of 100, 50, & 0. The mean average rating would be 50. However, ratings of 55, 50 & 45 could also result in the same average. The second average might be more trusted because there is more consensus around a particular rating (a lower deviation).
(*In practice, some albums can have several thousand ratings)
This album is rated in the top 13% of all albums on BestEverAlbums.com. This album has a Bayesian average rating of 75.4/100, a mean average of 74.0/100, and a trimmed mean (excluding outliers) of 75.5/100. The standard deviation for this album is 16.4.

Baez is an important figure in the American folk revival and the development of folk rock, so some awareness of her is important. This is her debut album, and works well enough to give good idea of her singing and her style. It is also widely regarded as her most significant album. The songs are traditional and are played and sung in a traditional style, though Baez adds a high soaring sweetness. What people liked is that she was young and female, and her voice pure like spring water. She became the poster face of the revival. Of social significance.

Your feedback for Joan Baez