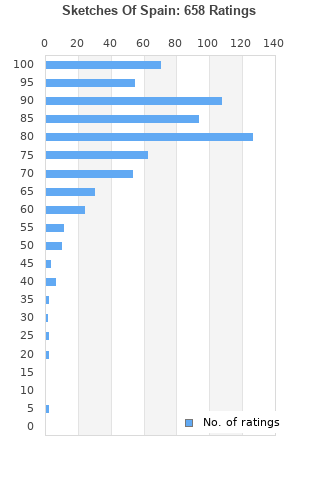 Sketches Of Spain is ranked 4th best out of 114 albums by Miles Davis on BestEverAlbums.com.

The best album by Miles Davis is Kind Of Blue which is ranked number 40 in the list of all-time albums with a total rank score of 27,869. 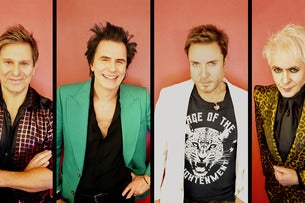 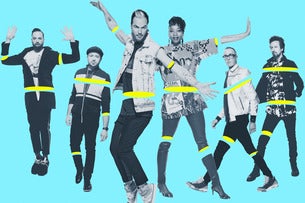 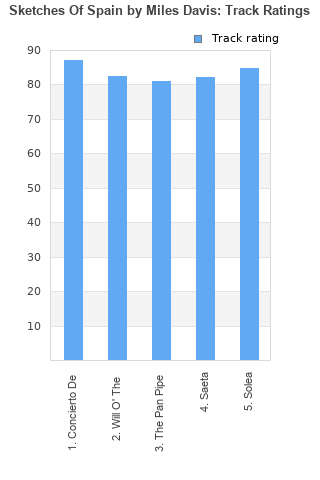 Rating metrics: Outliers can be removed when calculating a mean average to dampen the effects of ratings outside the normal distribution. This figure is provided as the trimmed mean. A high standard deviation can be legitimate, but can sometimes indicate 'gaming' is occurring. Consider a simplified example* of an item receiving ratings of 100, 50, & 0. The mean average rating would be 50. However, ratings of 55, 50 & 45 could also result in the same average. The second average might be more trusted because there is more consensus around a particular rating (a lower deviation).
(*In practice, some albums can have several thousand ratings)
This album is rated in the top 1% of all albums on BestEverAlbums.com. This album has a Bayesian average rating of 81.6/100, a mean average of 80.9/100, and a trimmed mean (excluding outliers) of 81.7/100. The standard deviation for this album is 14.6.

A fantastic jazz album that has hints of a Spanish influence scattered across all its tracks making for one of his most unique albums he has made. Miles Davis still leads the line on his trumpet on these brilliant compositions with the record opening on its strongest one with Concierto De Aranjuez: Adagio. This is a 16 minute epic that really gets you in the feel for the music and soundscape we are about to experience. The music has an incredibly grand feel to it which is mainly due to the large ensemble that is present on this record. This makes for an extremely layered and complex release which is a lot of fun to explore. All the instrumental performances are amazing and the quality of the musicians is really put on display for us to see. Despite this, the music can feel a little slow at times and the music does take a while to build up. Also, I feel like they under used some of the talent on here by bringing in so many performers, as you lose a bit of the personality and connection you get with other records. Overall, a unique record in Miles Davis discography and one that is worth coming back to for its vibrant nature and grand feel it gives you.

This is an essential Miles album, an orchestral work, with sources from classical and world music and brought into the jazz domain.
A thoroughly composed and arranged, with no improvisational parts included. The larger band is also devoid of normal jazz rhymic accompaniment.

Another fantastic release from the legend himself, and one of my personal favourites!

Sketches of Spain is essential Miles Davis and essential jazz in general. I love the orchestral arrangements, it makes the songs sound massive.

Solea
Saeta
Will O' The Wisp

The album's centrepiece is its gorgeous opening track, Joaquin Rodrigo's "Concierto de Aranjuez," originally written for Spanish guitar and orchestra (original scoring can be heard on The Romero's 1967 album for Mercury's Living Presence Series) in B minor with an orchestra arrangement by Gil Evans which is simply beautiful

A very enjoyable album if you are in the mood for it. Certainly one of Mr. Davis' best. Interesting side note: Grace Slick listened to this album for 24 hours straight for inspiration.

Your feedback for Sketches Of Spain