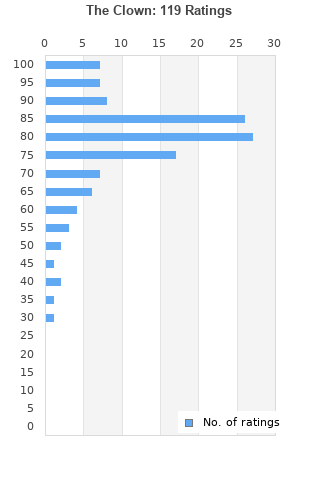 The Clown is ranked 7th best out of 52 albums by Charles Mingus on BestEverAlbums.com.

The best album by Charles Mingus is The Black Saint And The Sinner Lady which is ranked number 102 in the list of all-time albums with a total rank score of 14,430.

Aaron West and the Roaring Twenties
The Parish at House of Blues Anahei, Anaheim, United States. 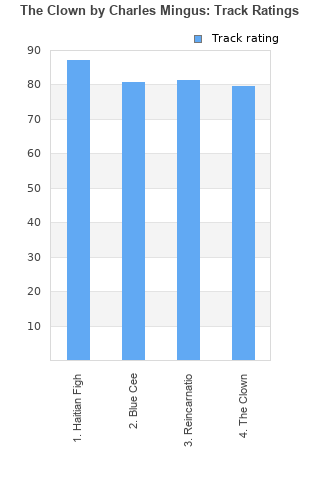 Rating metrics: Outliers can be removed when calculating a mean average to dampen the effects of ratings outside the normal distribution. This figure is provided as the trimmed mean. A high standard deviation can be legitimate, but can sometimes indicate 'gaming' is occurring. Consider a simplified example* of an item receiving ratings of 100, 50, & 0. The mean average rating would be 50. However, ratings of 55, 50 & 45 could also result in the same average. The second average might be more trusted because there is more consensus around a particular rating (a lower deviation).
(*In practice, some albums can have several thousand ratings)
This album is rated in the top 2% of all albums on BestEverAlbums.com. This album has a Bayesian average rating of 78.5/100, a mean average of 78.1/100, and a trimmed mean (excluding outliers) of 78.9/100. The standard deviation for this album is 13.6.

Decent. Not up to par witg Mingus Ah Um but good enough to grant at least 1 or 2 full listens. Maybe skip the dialogue at the end the 2nd time around.

Really good album, one of Mingus' better ones. Haitian Fight Song is the best song on the album.

Solid Mingus set with the highlight being the bizarre and ultimately depressing narrated title track. A cynical look into the underbelly of late 50's society or a bitter metaphor for his own experience?

Your feedback for The Clown