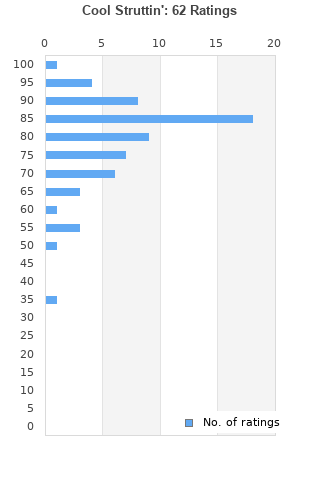 Cool Struttin' is ranked as the best album by Sonny Clark. 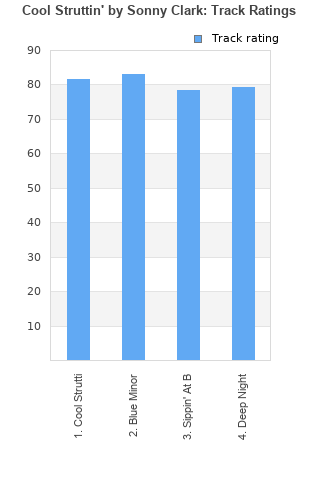 Outliers can be removed when calculating a mean average to dampen the effects of ratings outside the normal distribution. This figure is provided as the trimmed mean. A high standard deviation can be legitimate, but can sometimes indicate 'gaming' is occurring. Consider a simplified example* of an item receiving ratings of 100, 50, & 0. The mean average rating would be 50. However, ratings of 55, 50 & 45 could also result in the same average. The second average might be more trusted because there is more consensus around a particular rating (a lower deviation).
(*In practice, some albums can have several thousand ratings)
This album is rated in the top 2% of albums on BestEverAlbums.com. This album has a mean average rating of 79.0/100. The trimmed mean (excluding outliers) is 80.1/100. The standard deviation for this album is 13.0.

Like "Something Else" by Cannonball Adderley it becomes fairly obvious early that there's a huge Miles Davis influence on the album. Melodic, tasteful, strict adherence to the groove in the midst of soloing. Sonny has similar style to the great Bill Evans (ok, that's my opinion and probably not technically correct) Great hard bop.

Sonny Clark grooves and swings with class and style here. I never tire of listening to this great album. 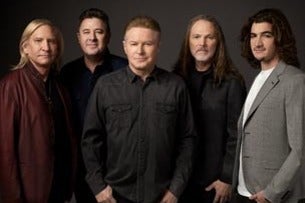 Your feedback for Cool Struttin'