Live At The Apollo (live album) by James Brown 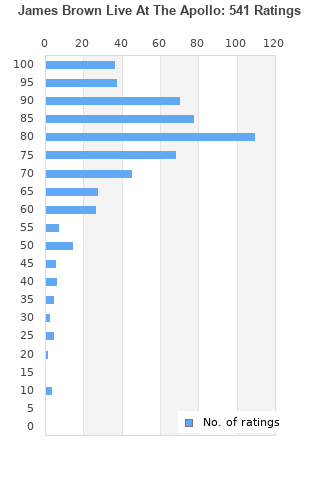 Live At The Apollo is ranked as the best album by James Brown. 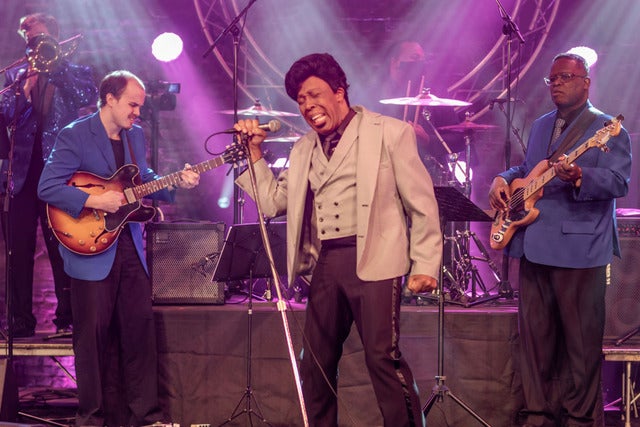 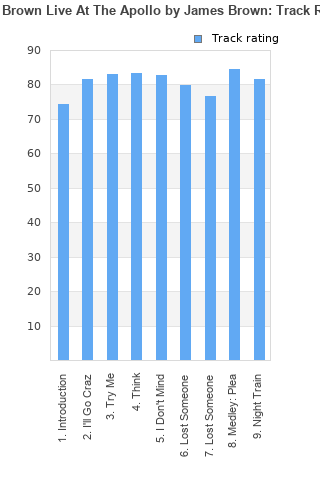 Live At The Apollo rankings

Live At The Apollo collection

Live At The Apollo ratings

Rating metrics: Outliers can be removed when calculating a mean average to dampen the effects of ratings outside the normal distribution. This figure is provided as the trimmed mean. A high standard deviation can be legitimate, but can sometimes indicate 'gaming' is occurring. Consider a simplified example* of an item receiving ratings of 100, 50, & 0. The mean average rating would be 50. However, ratings of 55, 50 & 45 could also result in the same average. The second average might be more trusted because there is more consensus around a particular rating (a lower deviation).
(*In practice, some albums can have several thousand ratings)
This album is rated in the top 2% of all albums on BestEverAlbums.com. This album has a Bayesian average rating of 79.0/100, a mean average of 78.1/100, and a trimmed mean (excluding outliers) of 79.2/100. The standard deviation for this album is 15.4.

Live At The Apollo favourites

Live At The Apollo comments

One of the greatest live LPs ever made, imagine being one of the lucky fans in the audience that day!

A recording from another age, a great and influential album in it's time but not something I want to listen to in this day and age. Very few live tracks are better than the studio versions, lots of energy on this one, but that is really all.

'Try Me', 'Think', and 'I Don't Mind' are just some of the gems from this record. Hands down, one of the greatest live albums of all time, maybe second only to the Allman Brothers classic Fillmore album. James Brown at his absolute best!

Solid live album which clearly demonstrates Brown's stage presence. However, lacks some of the refinement that comes from his studio recordings.

In an age where Live albums were starting to become relevant (see Judy Garland's "Live at Carnegie Hall"), James came in full force. Packed with every inch of soul he could muster, James brought his legacy to whole other level on this record. Superb!

Your feedback for Live At The Apollo