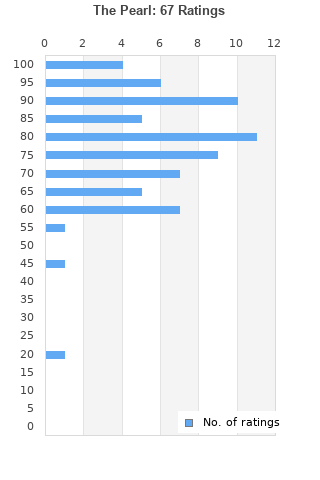 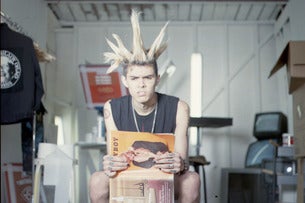 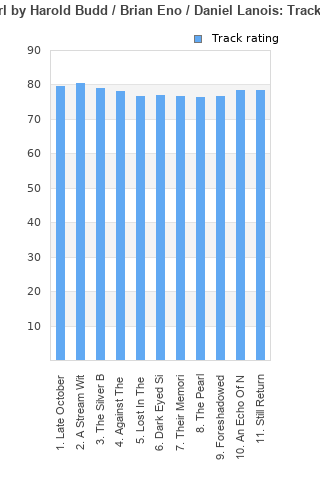 Rating metrics: Outliers can be removed when calculating a mean average to dampen the effects of ratings outside the normal distribution. This figure is provided as the trimmed mean. A high standard deviation can be legitimate, but can sometimes indicate 'gaming' is occurring. Consider a simplified example* of an item receiving ratings of 100, 50, & 0. The mean average rating would be 50. However, ratings of 55, 50 & 45 could also result in the same average. The second average might be more trusted because there is more consensus around a particular rating (a lower deviation).
(*In practice, some albums can have several thousand ratings)
This album is rated in the top 4% of all albums on BestEverAlbums.com. This album has a Bayesian average rating of 77.3/100, a mean average of 77.0/100, and a trimmed mean (excluding outliers) of 78.0/100. The standard deviation for this album is 13.6.

Even if it slightly suffers from track listing, in that it seems to move from happy/serene pieces to dark/sad ones and back again, there is no denying that this is one of the greatest ambient albums of all time. Each track is its own wonderful, intricate world.

Few albums seamlessly blend with nature and become a natural part of the sounds around you. The birdsongs. The crickets chirping in the long grasses. The wind rustling through the trees. THIS does. It never seems a bit out of place. Even the birds munching at my birdseeder seem at peace with it as opposed to scattering to the winds like with everything else I play.

As it plays, it’s quite easy to imagine that it’s late afternoon. I walk softly barefoot to the koi pond on the outskirts of my village. I feel my bare feet on the pebbled path as a soft breeze plays with the wild grasses and cattails that form a backdrop to the pond. As I sit down by its stony banks, I hear the gentle splash of the turtles sliding off their little rocky perches. The frogs are already croaking in rhythm calling to their mates to comes closer. And, each striking of the piano key is like a soft pebble falling into the pond causing the water to ripple in ever expanding concrete circles outward. Outward to infinity. Until they recede again as if they were never there. As if they never existed. The small pond still once more. As the music plays, I lose myself in this gentle pattern of infinity and nothingness until my own body is no more. Until I am one with the pebbles falling into the pond and their ripples going ever outward to nothingness. Until I am no longer there. Because I am everywhere.

Grade: A+. This is my favorite album to meditate to by far and easily one of the best ambient albums of all time. Their are very few albums that I can meditate to without the music becoming intrusive, but this is one of them. And it's probably the best of the lot. There is something very natural and organic about it, and it is one of the most spiritual albums I've heard. And as I chant Om, it levitates all the way to number three.

Your feedback for The Pearl