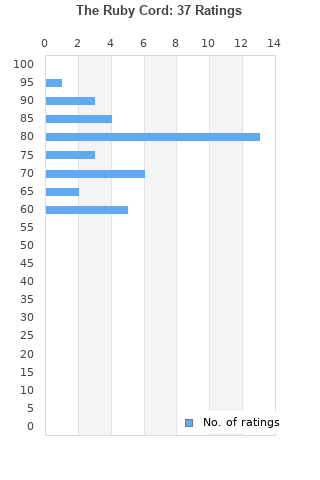 The Ruby Cord is ranked 5th best out of 8 albums by Richard Dawson on BestEverAlbums.com.

The best album by Richard Dawson is Peasant which is ranked number 3163 in the list of all-time albums with a total rank score of 471. 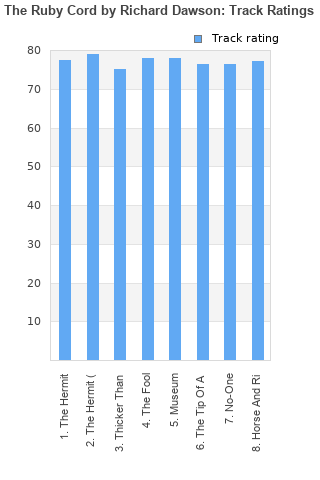 So my copy of Peasant on vinyl arrived the other day, it's pretty cool – I really like Dawson and it's nice to have a slice of him in my collection. This one ain't getting in though, it's his weakest project in a while. The whole trilogy idea was always a pretty stale threadbare linking of his projects, but it would be justified if The Ruby Cord – as the first two in their own respects accomplish admirably – offered a meaningful commentary about humanity's prospects and what that means for us now. Oddly, despite Dawson's characteristically shrewd and perspicacious social observations, it doesn't whatsoever. Or, if it does I have not been able to extract it with the same didactic ease with which Peasant and 2020 provide; this album loses itself in abstraction. It seems that Dawson didn't have anything trenchant to say about the 26th century after-all.

The essential quality of 2017's Peasant is that the "community" is insular, founded on xenophobia, and resistant to the encroachment of the stranger. The hypothetical bard is thus traversing through this social landscape "in search of the Holy Grail of human decency." In 2020, people share the same spaces (they are all still British; they are neighbours), but there is no more "community." Dawson talks about class stratification, manufactured consent, and the lingering shadows of empire, but it is a guttural experience of alienation that plagues the album: "I know I must be paranoid / But I feel the atmosphere / 'Round here is growing nastier / People don't care anymore."

As 500 years from now will prove – in Dawson's mind – there will never come a techno-utopia for humanity. Instead, if I am to force it into some narrative continuity with these two prior projects – as Dawson wants us to do – the slow death of community will reach a natural conclusion and those who still linger will be rendered truly and literally alone: Hermits in a dying land approaching extinction. It's an almost Fisher King-esque tale, but calling it that would only imply that there is a better album about a 26th century Fisher King dystopia where our wounded spirituality, atrophied community and racist demons manifest a literal T. S. Elliot wasteland, this time of a distant post-post-modernity.

Despite spots of intriguing musicality, nice production and an otherwise not unpleasant listening experience, this is conceptually bankrupt.

Your feedback for The Ruby Cord