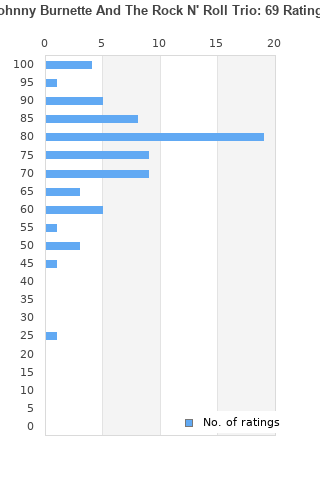 TEENSVILLE LIBERTY LP BOBBY VEE THE VENTURES FLEETWOODS JOHNNY BURNETTE L5503
Condition: Used
Time left: 1h 13m 47s
Ships to: Worldwide
$20.00
Go to store
Product prices and availability are accurate as of the date indicated and are subject to change. Any price and availability information displayed on the linked website at the time of purchase will apply to the purchase of this product.  See full search results on eBay 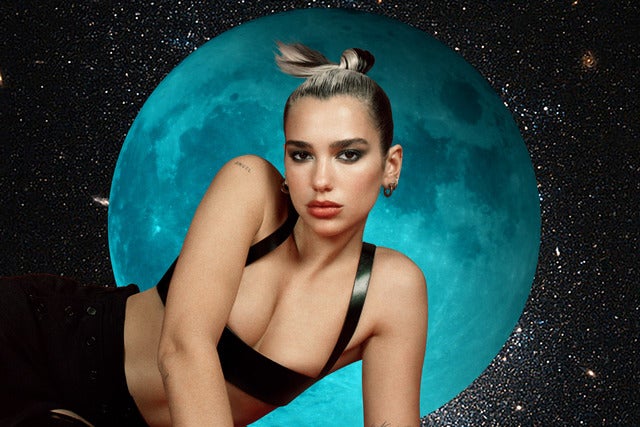 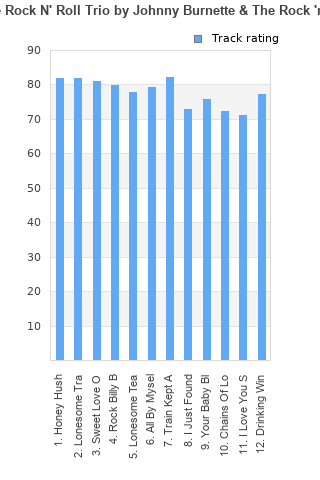 Rating metrics: Outliers can be removed when calculating a mean average to dampen the effects of ratings outside the normal distribution. This figure is provided as the trimmed mean. A high standard deviation can be legitimate, but can sometimes indicate 'gaming' is occurring. Consider a simplified example* of an item receiving ratings of 100, 50, & 0. The mean average rating would be 50. However, ratings of 55, 50 & 45 could also result in the same average. The second average might be more trusted because there is more consensus around a particular rating (a lower deviation).
(*In practice, some albums can have several thousand ratings)
This album is rated in the top 8% of all albums on BestEverAlbums.com. This album has a Bayesian average rating of 76.2/100, a mean average of 75.8/100, and a trimmed mean (excluding outliers) of 76.7/100. The standard deviation for this album is 13.3.

A rockabilly album from the rockabilly guy :)
Nice groove with some cheerful tunes.
Not be thought as compositions but more like spur of the moment jams.
It's inevitable to feel the repetitiveness and at the more melodic songs not being up to some of its pairs.
But overall, fun to listen to!

It's strange that most guitar parts on this record weren't played by Paul Burlison on his Telecaster, but by session musician Grady Martin on his custom made 1952 Bigsby Doubleneck with Bigsby vibrato. The acoustic guitar was played by Johnny Burnette & the drums by Buddy Harmann.

Your feedback for Johnny Burnette And The Rock N' Roll Trio