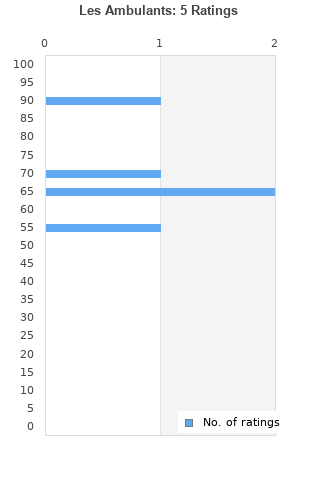 Les Ambulants is ranked 2nd best out of 2 albums by Déficit Des Années Antérieures on BestEverAlbums.com.

The best album by Déficit Des Années Antérieures is La Famille Des Saltimbanques which is ranked number 59303 in the list of all-time albums with a total rank score of 5.

No tracks have been rated on this album yet.
#
Track
Rating/Comments
1.
The Riddle's Standards
Rating: Not enough dataComments:

0
5.
From The Deep HP
Rating: Not enough dataComments:

Your feedback for Les Ambulants