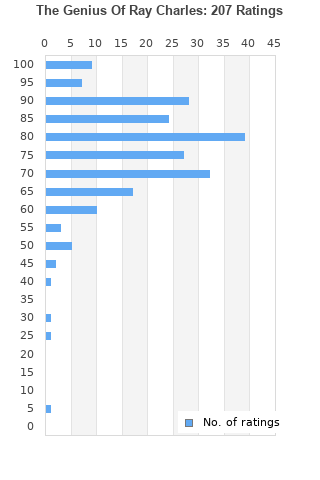 The Genius Of Ray Charles is ranked 2nd best out of 53 albums by Ray Charles on BestEverAlbums.com.

The best album by Ray Charles is Modern Sounds In Country And Western Music which is ranked number 1164 in the list of all-time albums with a total rank score of 1,562. 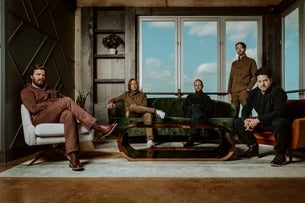 Listen to The Genius Of Ray Charles on YouTube 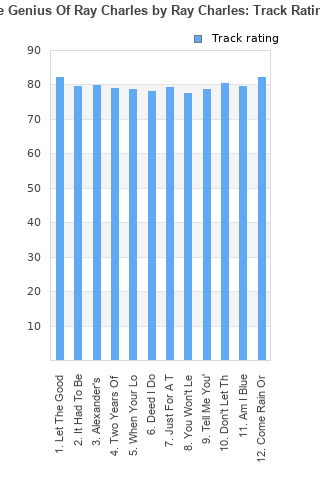 The Genius Of Ray Charles rankings

The Genius Of Ray Charles collection

The Genius Of Ray Charles ratings

Rating metrics: Outliers can be removed when calculating a mean average to dampen the effects of ratings outside the normal distribution. This figure is provided as the trimmed mean. A high standard deviation can be legitimate, but can sometimes indicate 'gaming' is occurring. Consider a simplified example* of an item receiving ratings of 100, 50, & 0. The mean average rating would be 50. However, ratings of 55, 50 & 45 could also result in the same average. The second average might be more trusted because there is more consensus around a particular rating (a lower deviation).
(*In practice, some albums can have several thousand ratings)
This album is rated in the top 4% of all albums on BestEverAlbums.com. This album has a Bayesian average rating of 77.3/100, a mean average of 76.6/100, and a trimmed mean (excluding outliers) of 77.5/100. The standard deviation for this album is 14.0.

The Genius Of Ray Charles favourites

The Genius Of Ray Charles comments

There are a lot of enjoyable songs on this album and I like the way he evenly distributes his song types onto each side. Side 1 is a much more band led and jazz influenced side making it more to my preference and side 2 is a lot more ballad heavy. The feel of the first six songs is just so energetic and fun and his voice sounds even better when backed by a big jazz band. This leads to fantastic songs such as Deed I Do, It Has To Be You and Let The Good Times Roll. The second side is quite dull in comparison but has its moments when it shines such as the closing track. If you love his vocal it really does shine on side 2 and carries the songs even when the music is a bit dull. Overall, if side 1 made up the whole album this could be sensational but the slower second half lets the record down on the whole for me.

big band - side one
ballads - side two

Really good album I hear very good R and B.

Nothing wrong with Ray Charles, but this album didn't really pique my interest.

An enjoyable album. Not quite as great as the ridiculous title suggests. Still full of good songs though.

Band arrangements are over the top, but his vocals here are at his best, mixing soul, rock&roll, and jazz all into one. This LP is takes "Big Band" and turns it on its arse.

Not my favorite of his, but really good.

Your feedback for The Genius Of Ray Charles