Mingus Ah Um is ranked 2nd best out of 50 albums by Charles Mingus on BestEverAlbums.com.

The best album by Charles Mingus is The Black Saint And The Sinner Lady which is ranked number 102 in the list of all-time albums with a total rank score of 15,054. 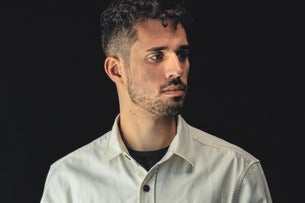 Rating metrics: Outliers can be removed when calculating a mean average to dampen the effects of ratings outside the normal distribution. This figure is provided as the trimmed mean. A high standard deviation can be legitimate, but can sometimes indicate 'gaming' is occurring. Consider a simplified example* of an item receiving ratings of 100, 50, & 0. The mean average rating would be 50. However, ratings of 55, 50 & 45 could also result in the same average. The second average might be more trusted because there is more consensus around a particular rating (a lower deviation).
(*In practice, some albums can have several thousand ratings)
This album is rated in the top 1% of all albums on BestEverAlbums.com. This album has a Bayesian average rating of 84.3/100, a mean average of 83.6/100, and a trimmed mean (excluding outliers) of 84.5/100. The standard deviation for this album is 13.6.

A great album in variety, ability, sound, and accessibility. Classic status, A+

One of my favourite jazz album of all time.

One of my favorite toe-tappers to get into.

A breath of fresh air after listening to a lot of Miles Davis. Love Miles Davis, but his flavor of jazz is really dark, bordering on evil. Mingus Ah Um is light and vibrant and makes you tap your toe the entire time.

Sounds great, but having been exposed to Black Saint in college, I was surprised by how comparatively conventional this feels, released only four years prior.

The greatest Ive heard from him yet. Im ready to say that it's more mature than Clown or Erectus, who sometimes go all over the place for bass solos. For me, theres a point where trying to be too inventive ruins the music, Mingus Ah Um does NOT do that.

To my untrained ear, most this album sounds like, for lack of a better word, "regular" jazz. I don't know much about jazz but it sounds much more pedestrian than what would come after it. I'm still somewhat new to the genre but I prefer the more inventive records. That being said, this album is perfectly fine to do just about anything to.

"Mingus Ah Um" is, in my opinion, the ideal album to discover the giant genius Charles Mingus. Those who do not like jazz should start with this album, it contains all the pleasant elements of jazz. This record dates from 1959, and yet, the quality of the recording is superb. This album is one of the best record for chill. Mingus touches everything: bop, free jazz, new orleans, while keeping his personality. The arrangements are grandiose, Ervin and Handy (sax) give me a huge slap, and the rhythm section composed of Dannie Richmond (d) and, of course, Charles Mingus (cb) is exceptional. One of the best jazz record of all times.

Best track: "Better Git It In Your Soul"

Your feedback for Mingus Ah Um