Chuck Berry Is On Top (studio album) by Chuck Berry 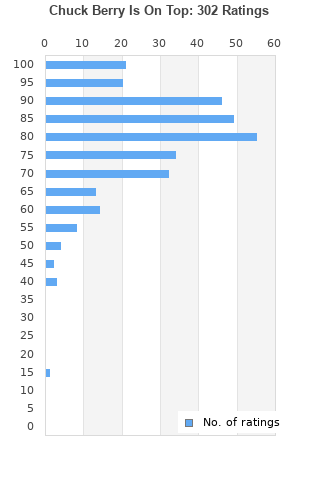 Chuck Berry Is On Top is ranked as the best album by Chuck Berry. 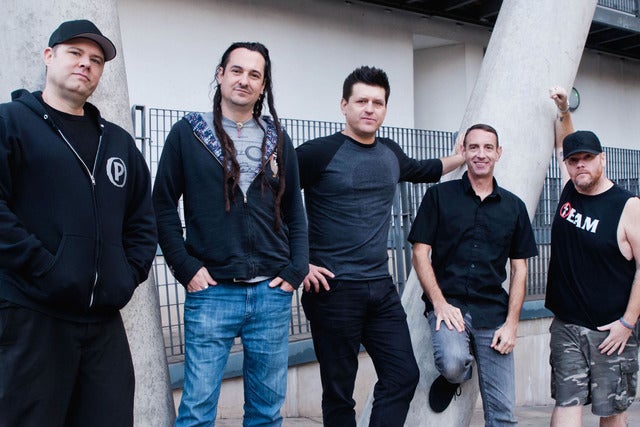 Listen to Chuck Berry Is On Top on YouTube 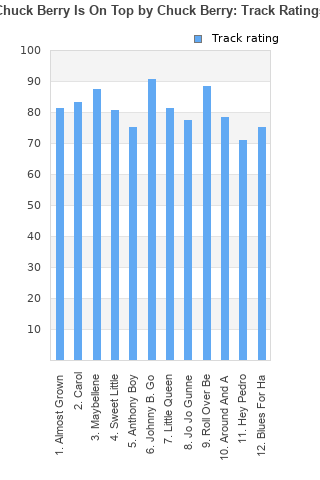 Chuck Berry Is On Top rankings

Chuck Berry Is On Top collection

Chuck Berry Is On Top ratings

Rating metrics: Outliers can be removed when calculating a mean average to dampen the effects of ratings outside the normal distribution. This figure is provided as the trimmed mean. A high standard deviation can be legitimate, but can sometimes indicate 'gaming' is occurring. Consider a simplified example* of an item receiving ratings of 100, 50, & 0. The mean average rating would be 50. However, ratings of 55, 50 & 45 could also result in the same average. The second average might be more trusted because there is more consensus around a particular rating (a lower deviation).
(*In practice, some albums can have several thousand ratings)
This album is rated in the top 2% of all albums on BestEverAlbums.com. This album has a Bayesian average rating of 80.2/100, a mean average of 79.8/100, and a trimmed mean (excluding outliers) of 80.5/100. The standard deviation for this album is 12.9.

Chuck Berry Is On Top favourites

Chuck Berry Is On Top comments

This is the peak 50s rock and roll album.

3 absolute top songs from rock'n roll canon. As an album, there are a couple of fillers. As an EP full 100 !

Maybe Elvis was the king, but Chuck was the creator of that Rock and Roll sound.

All the songs have an extremely similar formula, but that didn't stop me from enjoying this album quite a bit. Especially Maybellene and Johnny B. Goode.

The hits make this album the classic that it is. It's the blues to dance to so not a top 100 of all time for me but definitely one of the best records from the 50s.

A great album, and certainly one of Chuck's bests! Kicking off the album with three knock-out tracks: 'Almost Grown', 'Carol' and 'Maybellene'. The record barely loses steam as it picks back up where it started with the iconic 'Johnny B. Goode', and 'Roll Over Beethoven'. Some of Rock N' Roll's finest moments on a truly great record.

All great pre-Beatles artists are hamstrung on this website because they were way more focused on releasing singles. So this album, like all of the best Chuck Berry LPs are mostly just collections of previously released singles. It’s kind of a greatest hits album, but seeing how it was released in 1959 when Chuck was still in his prime and wasn’t packaged as such, I can give it a pass. Hard to argue with this collection not being the greatest, most consequential contribution to rock n roll music.

Closest thing to a best-ever album from Chuck Berry. The comps are probably a better place to look, but this is dandy.

Timeless classic. After hearing this, I understand why Chuck Berry is such an icon.

Your feedback for Chuck Berry Is On Top