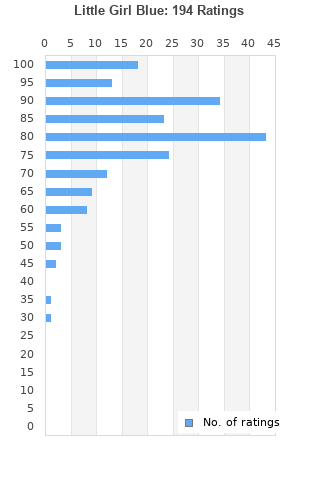 Little Girl Blue is ranked 3rd best out of 45 albums by Nina Simone on BestEverAlbums.com.

The best album by Nina Simone is Pastel Blues which is ranked number 699 in the list of all-time albums with a total rank score of 2,666. 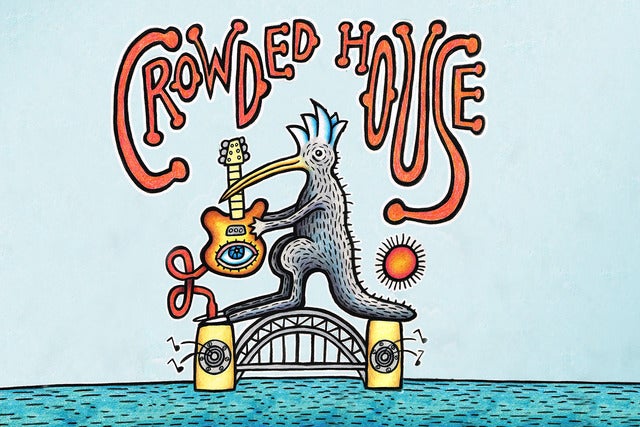 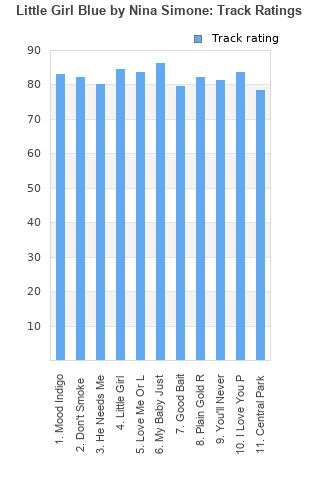 Rating metrics: Outliers can be removed when calculating a mean average to dampen the effects of ratings outside the normal distribution. This figure is provided as the trimmed mean. A high standard deviation can be legitimate, but can sometimes indicate 'gaming' is occurring. Consider a simplified example* of an item receiving ratings of 100, 50, & 0. The mean average rating would be 50. However, ratings of 55, 50 & 45 could also result in the same average. The second average might be more trusted because there is more consensus around a particular rating (a lower deviation).
(*In practice, some albums can have several thousand ratings)
This album is rated in the top 1% of all albums on BestEverAlbums.com. This album has a Bayesian average rating of 81.0/100, a mean average of 80.9/100, and a trimmed mean (excluding outliers) of 81.5/100. The standard deviation for this album is 13.1.

I was first exposed to this album just recently as a re-issue entitled "Jazz As Played In An Exclusive Side Street Club" but it is essentially "Little Girl Blue". JAPIAESSC features the same 11 songs as LGB in the exact order, and it also features four Bonus tracks "He's Got The Whole World In His Hands", "For All We Know", "African Mailman" and an extended version of "My Baby Just Cares For Me." LGB was released on Bethlehem Records in 1959, the version of JAPIAESSC that I have was released in 2011 on SNAP 216 CD/Charly Records - (UPC 8 03415 12162 5).

Absolutely a timeless record. I mean damn,! Her voice is unbelievable, how emotional! "I Love You Porgy" and "My Baby Just Cares For Me" are standout tracks; the rest of the album is great too.

So many raw, emotional moments on this one. Absolutely love it. Showcases Nina's superb piano playing skills as well as her moving voice. A must-listen.

A damn near perfect record!

The first Nina's record is full of amazing songs, played with her precius talent, and singed with her smooth voice.
MUST be on the best 500s.

Your feedback for Little Girl Blue