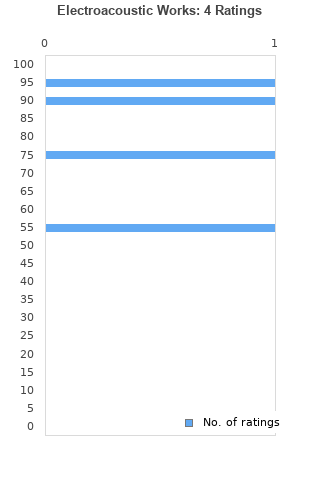 Electroacoustic Works is ranked 4th best out of 7 albums by Iannis Xenakis on BestEverAlbums.com.

The best album by Iannis Xenakis is 2: La Légende D'Eer which is ranked number 7394 in the list of all-time albums with a total rank score of 169. 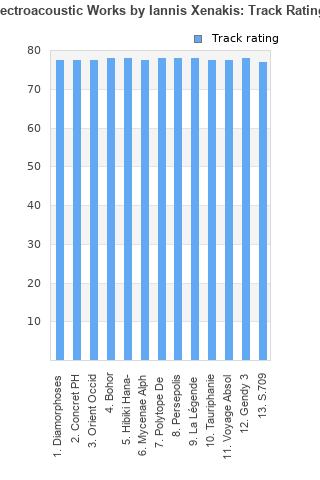 Listening to the complete electroacoustic work of Iannis Xenakis three times in its entirety has been a long journey through the cold, dark and threatening wasteland of hellish sonic regions, where all hope of encountering life is vain. The most impressive pieces are certainly Bohor, La légende d'Eer and Gendy 3. But above all, Persepolis, which evokes for me the inexorable approach of universal cosmic nothingness whose pitiless mechanics suck up, crush and disintegrate all the subtle forms of consciousness in a terrible agony.

The experience of this listening will have given me a better understanding of electroacoustics, a genre relatively unknown to me, and of the musical and sound evolution of the 20th century.

Your feedback for Electroacoustic Works