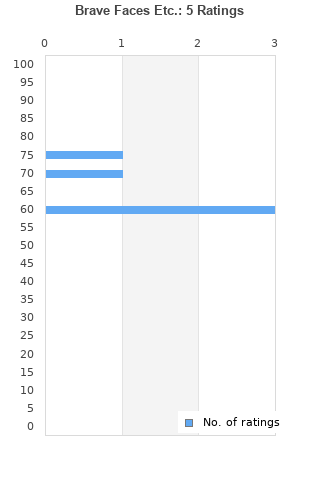 Brave Faces Etc. is ranked 3rd best out of 4 albums by Spanish Love Songs on BestEverAlbums.com.

The best album by Spanish Love Songs is Brave Faces Everyone which is ranked number 6835 in the list of all-time albums with a total rank score of 187.

Chiiild - Better Luck In The Next Life Tour
The Cambridge Room at House Of Blue, Dallas, United States. 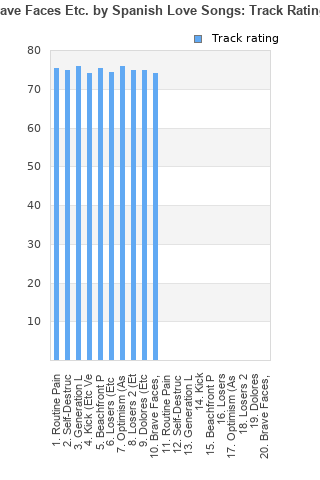 0
12.
Self-Destruction (As A Sensible Career Choice)
Rating: Not enough dataComments:

0
17.
Optimism (As A Radical Life Choice)
Rating: Not enough dataComments:

Brave Faces Etc. is a re-recording of the 2020 studio album Brave Faces Everyone, which was a year-end favorite of several YouTube reviewers, including ARTV, Spectrum Pulse, Crash Thompson and Never Normal.

Similar to the re-recording of the Hello Exile LP by the Menzingers, Spanish Love Songs decided to re-record their record instead of releasing brand new material.

Overall, I have to direct the listener to the original album before listening to this remake. If the vocals were more confident I might recommend this record, but the true strength lies in the debut.

Recommended for fans only.

Your feedback for Brave Faces Etc.