Sun Coming Down (studio album) by Ought 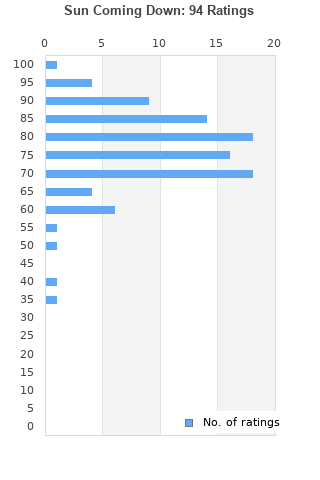 Sun Coming Down is ranked 2nd best out of 4 albums by Ought on BestEverAlbums.com.

The best album by Ought is More Than Any Other Day which is ranked number 1831 in the list of all-time albums with a total rank score of 929. 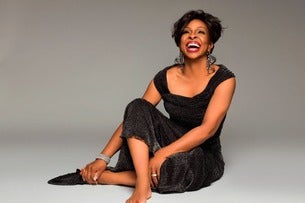 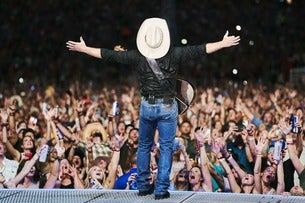 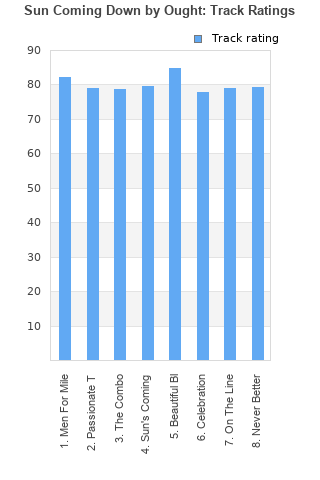 Rating metrics: Outliers can be removed when calculating a mean average to dampen the effects of ratings outside the normal distribution. This figure is provided as the trimmed mean. A high standard deviation can be legitimate, but can sometimes indicate 'gaming' is occurring. Consider a simplified example* of an item receiving ratings of 100, 50, & 0. The mean average rating would be 50. However, ratings of 55, 50 & 45 could also result in the same average. The second average might be more trusted because there is more consensus around a particular rating (a lower deviation).
(*In practice, some albums can have several thousand ratings)
This album is rated in the top 6% of all albums on BestEverAlbums.com. This album has a Bayesian average rating of 76.5/100, a mean average of 76.4/100, and a trimmed mean (excluding outliers) of 76.9/100. The standard deviation for this album is 10.7.

Starts off really strong but hits a major snag with the monotonous and annoying Beautiful Blue Sky and unfortunately doesn't fully recover. Take that song out and it's fantastic.

A much better release than their debut which was also mazing. They have a marked improvement in quality though the songs are even less of an ear candy in this one.

All together the album was pretty average. None of the songs could be called amazing, but also none of them would be considered shit. All together the sound was pretty consistent, which probably made the songs blend together a bit too much with nothing making them unique. This made a lot of the songs forgettable, but also helped favourites like "Beautiful Blue Sky" and "Passionate Turn" stick out more. Instrumentation and vocals was consistently good throughout the album, with some songs' instrumentation appearing above the rest. Lyrically the album had ups and downs and I think those ups often fell on tracks with the ups of the instrumentation, which ended up creating the better songs on this album. At the end the album was alright, with some songs I may return to, but I most likely won't listen to the album as a whole again.

Good second album by Ought. The jittery, lo-fi sound made me want to listen to this band more

Your feedback for Sun Coming Down