Stuck In The Sound

The best album credited to Stuck In The Sound is Pursuit which is ranked number 38,520 in the overall greatest album chart with a total rank score of 15.

Stuck In The Sound is ranked number 17,697 in the overall artist rankings with a total rank score of 15.

Stuck in the Sound Exclusive Radio Promotion Alright Single CD
Condition: Very Good
Time left: 11d 11h 6m 45s
Ships to: Worldwide
$10.95
Go to store
Product prices and availability are accurate as of the date indicated and are subject to change. Any price and availability information displayed on the linked website at the time of purchase will apply to the purchase of this product.  See full search results on eBay

Stuck In The Sound best albums

The following albums by Stuck In The Sound are ranked highest in the greatest album charts:

Stuck In The Sound
Buy album

Stuck In The Sound
Buy album

This may not be a complete discography for Stuck In The Sound.This listing only shows those albums by this artist that appear in at least one chart on this site. If an album is 'missing' that you think deserves to be here, you can include it in your own chart from the My Charts page!

Stuck In The Sound bestography composition

Stuck In The Sound best tracks

0
(from the album Pursuit)
N.B. Tracks must have received at least 3 ratings to appear in the above list.

Stuck In The Sound ratings 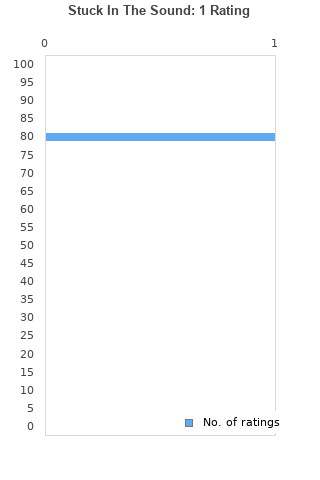 Stuck In The Sound favourites

Stuck In The Sound comments

I really can't understand how this band doesn't suceed. You can see shitty bands rise to fame with some stupidly easy pop effect while these guys don't even have more than half of their discography in BestEverAlbums ("Nevermind The Living Dead", "Sheogazing Kids", "Survivor"). I know they are not the next Beatles or Radiohead, but they have talent and deserve something better than this. Just listen to "Brother", "Toy Boy", "Let's Go", "Ouasis"...Their first album is a mess (which still has some good songs), but the following ones are really recommendable, always showing their everchanging indie rock style heavily influenced by Sonic Youth or the Pixies. Just give it a try.

Your feedback for Stuck In The Sound