The best album credited to The Mighty Lemon Drops is World Without End which is ranked number 18,923 in the overall greatest album chart with a total rank score of 52.

The Mighty Lemon Drops is ranked number 7,501 in the overall artist rankings with a total rank score of 83.

(ANEW7) ADVERT 15X11" THE MIGHTY LEMON DROPS : LAUGHTER ALBUM & TOUR DATES
Condition: Good
Time left: 8h 43m 5s
Ships to: Worldwide
£16.99
Go to store
Product prices and availability are accurate as of the date indicated and are subject to change. Any price and availability information displayed on the linked website at the time of purchase will apply to the purchase of this product.  See full search results on eBay 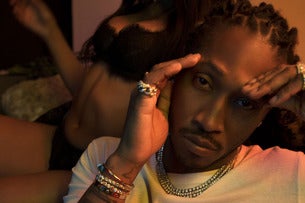 The following albums by The Mighty Lemon Drops are ranked highest in the greatest album charts:

This may not be a complete discography for The Mighty Lemon Drops.This listing only shows those albums by this artist that appear in at least one chart on this site. If an album is 'missing' that you think deserves to be here, you can include it in your own chart from the My Charts page!

0
(from the album Happy Head)
7.
Something Happens
Rating: 79 (3 votes)Comments:

0
(from the album Happy Head)
N.B. Tracks must have received at least 3 ratings to appear in the above list. 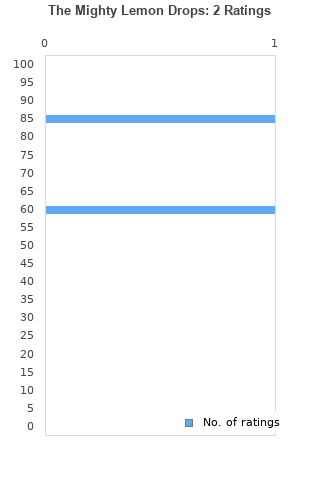 It seems The Mighty Lemon Drops picked up the brooding, melancholy pop torch that Echo & The Bunnymen dropped in the late 80s. Not so much as copying E&TB's songwriting, but imitating the sound of jangly guitars and synth textures over a percussive beat and mixing in a singer with a forlorn baritone, TMLD had some success. When they went for their own twist on the music, the fire went out. Still it was great while it lasted.

Your feedback for The Mighty Lemon Drops