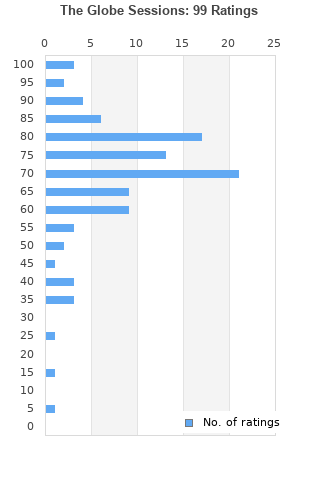 The Globe Sessions by Sheryl Crow (CD, Sep-1998, A&M (USA))
Condition: Very Good
Time left: 2h 2m 21s
Ships to: Worldwide
$3.49
Go to store
Product prices and availability are accurate as of the date indicated and are subject to change. Any price and availability information displayed on the linked website at the time of purchase will apply to the purchase of this product.  See full search results on eBay

The Globe Sessions is ranked 3rd best out of 14 albums by Sheryl Crow on BestEverAlbums.com.

The best album by Sheryl Crow is Sheryl Crow which is ranked number 2481 in the list of all-time albums with a total rank score of 635. 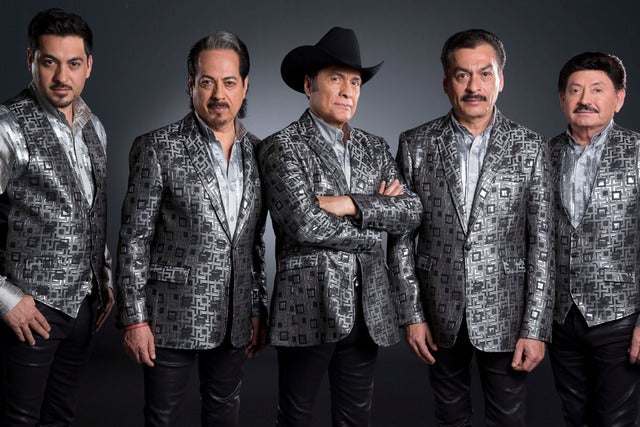 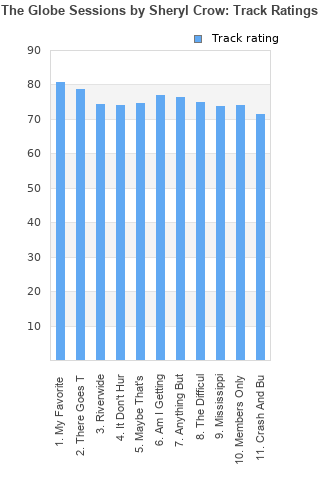 Rating metrics: Outliers can be removed when calculating a mean average to dampen the effects of ratings outside the normal distribution. This figure is provided as the trimmed mean. A high standard deviation can be legitimate, but can sometimes indicate 'gaming' is occurring. Consider a simplified example* of an item receiving ratings of 100, 50, & 0. The mean average rating would be 50. However, ratings of 55, 50 & 45 could also result in the same average. The second average might be more trusted because there is more consensus around a particular rating (a lower deviation).
(*In practice, some albums can have several thousand ratings)
This album has a Bayesian average rating of 70.7/100, a mean average of 69.1/100, and a trimmed mean (excluding outliers) of 70.4/100. The standard deviation for this album is 17.1.

On her third studio album, Sheryl Crow goes for a more melodic sound, dropping the hollow and metallic sound of her previous output in favour of a more country-oriented record, along with wider in instrumentation and cleaner melodies. While this works well for the opening two songs, one of which is one of my favourite songs of hers (My Favorite Mistake), it also means that the edgy and confident quality of the second album is mostly gone. Crow still sounds as tough as ever and there are still properly rocking guitars, but the overall atmosphere reeks of a less bad girl and more cowgirl.

What is great, though, is that Crow stays firmly on rock ground in terms of sound, even though the edges of her music have been smoothed out somewhat. There are songs that sound closer to her earlier material among the non-single tracks, such as Maybe That's Something and Am I Getting Through, which bring a nice change of pace to the tracklist. The Bob Dylan cover Mississippi is fine, but not particularly interesting.

The poppy hooks and the simple melodies mixed with Crow's fine vocals (particularly in The Difficult Kind) work in favour for the artist. While this album isn't quite as unique as the previous one, it's still far from a bad or a forgettable album.

Her best CD by far. I have them all.

Not as strong as her first two, but still worthwhile.

I think this is her best record. I stopped paying attention after this. One of my guilty pleasures.

I'm surprised this is her highest-ranked album here. For me this is where things started getting boring.

Your feedback for The Globe Sessions