Sometimes I Might Be Introvert (studio album) by Little Simz

Sometimes I Might Be Introvert by Little Simz
Year: 2021
Release date: 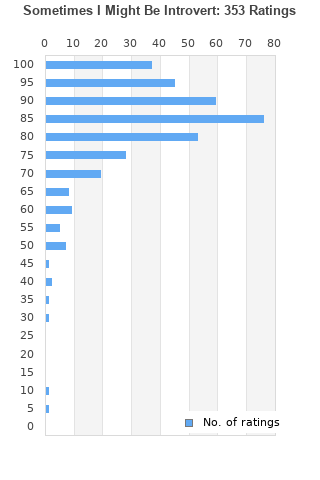 LITTLE SIMZ - SOMETIMES I MIGHT BE INTROVERT 2-LP NEW MINT PRE-ORDER 3.9.2021
Condition: New
Time left: 1d 13h 57m 25s
Ships to: Worldwide
£19.99
Go to store
Product prices and availability are accurate as of the date indicated and are subject to change. Any price and availability information displayed on the linked website at the time of purchase will apply to the purchase of this product.  See full search results on eBay

Sometimes I Might Be Introvert is ranked 2nd best out of 8 albums by Little Simz on BestEverAlbums.com.

The best album by Little Simz is Grey Area which is ranked number 1363 in the list of all-time albums with a total rank score of 1,320. 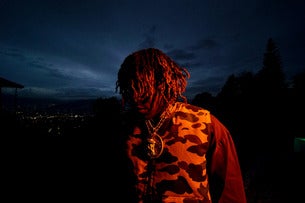 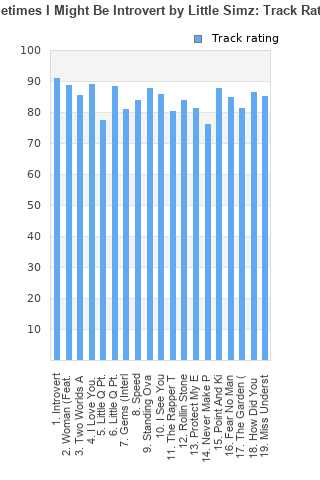 Rating metrics: Outliers can be removed when calculating a mean average to dampen the effects of ratings outside the normal distribution. This figure is provided as the trimmed mean. A high standard deviation can be legitimate, but can sometimes indicate 'gaming' is occurring. Consider a simplified example* of an item receiving ratings of 100, 50, & 0. The mean average rating would be 50. However, ratings of 55, 50 & 45 could also result in the same average. The second average might be more trusted because there is more consensus around a particular rating (a lower deviation).
(*In practice, some albums can have several thousand ratings)
This album is rated in the top 1% of all albums on BestEverAlbums.com. This album has a Bayesian average rating of 84.8/100, a mean average of 85.5/100, and a trimmed mean (excluding outliers) of 86.1/100. The standard deviation for this album is 11.2.

(Great album, excellent fusion of orchestral tracks and neo-soul tracks with UK hip hop. This album is inspired and inspiring and its lush and its real and, yeah, you may have heard its good. I am just gonna come out and say it: it IS good and you should listen to it asap!)

This album has captured the hearts of so many music fans. Widely heralded as an important modern classic, the greatest UK Hip Hop album ever, the best and most brilliant hip hop album album since TPAB, the greatest neo-soul/Hip Hop record since The Miseducation of Lauryn Hill – or, dare it be said – better than Lauryn’s Great Work, etc. And with that, all those external hyperbolic opinions, I listened to this a few times over the last 13 days (as of writing this, 13 days of hype and love have passed) and came away each time with almost completely positive feelings toward SIMBI. I don’t, however, personally feel this is the best album ever or one of them, I don’t think this can touch The Miseducation of Lauryn Hill or Late Registration or TPAB (although, this is so different from TPAB I think it should never be compared). As for if it is the greatest UK Hip Hop album ever…fuck if I know. I have heard like 6 of em lol. Of those 6, this and Grey Area are the best and this is the better of the 2.

That paragraph was a bit too long. Apologies. This album is dope. Simz is such a dynamic and charming rapper and lyricist and vocalist that even on bars that I think are unremarkable I find myself listening closely and with a loving smile on my face. While sometimes her lyrics and delivery can be a bit TOO earnest and wide-eyed for my taste, it is damn refreshing hearing a young artist of her caliber so effusively and unabashedly radiate positivity and good vibes. This album has its edges, not saying it doesn’t, but generally this is a earnestly positive voyage of self-discovery and the sheer number of positive, influential messages here is touching and I love that.

The production, much lauded as boundary-pushing, is consistently very very good, although, it isn’t all that. I mean the orchestral bits are gorgeous and super well arranged but I think the Late Registration production is a clear influence on that aspect of the sound and I think Ye did it better 16 years ago. And a lot of the other production is intricately crafted neo-soul sounds and these sounds have been around and sounding just as crisp for almost 30 years, and again, I am a fanboy of The Miseducation of Lauryn Hill and I think of SIMBI as a modern little sister to that masterpiece. Not its 2.0 by any means.

The stitched-together story of this album is probably what is making people compare it to GKMC and TPAB (I hope so, because sonically this is not remotely the same) and that comparison is apt I’d say. The interludes that hold this story together are hit-and-miss for me. Some are uncomfortably forced and corny, like when she is talking to her fairy god mother or something and is amping herself up, or when she is being spoken to by some haughty aristocratic character and being told how to act in front of the extroverts… not a fan of those bits. Some though, holy shit. The interlude connected to “I Love You, I Hate You” (or maybe its just a spoken word last bit…?) is stunning. As is “Little Q Pt. 1 Interlude” or even that over the top “Never Make Promises” is excellent and I love it and I don’t know why… and of course there is “The Garden” which is weirdly like half an example of one of these corny interludes and half an example of just a killer brilliant one, but really the hummed melody on that song/interlude is so spiritual and uplifting I have to put it in the Good Category…Again, hit-or-miss.

Finally, the songs, this is what its all about and some of these songs are truly brilliant. I feel “Introvert” is a potential song of the year and one that, much like The Blacker The Berry in 2015, I can look back at years later and remember where I was when I first heard it and can look back and feel that it is beautifully representative of the times. “Woman” is good overall, not top tier except the Cleo Sol vocal is so sweet that it elevates the whole song from good to great on its own. “Two Worlds Apart” is just a laid back, smooth as silk, banger. I can listen to that and chill and bask in the glory of life and music. “I Love You, I Hate You” is perhaps the best track here (there are several in contention for that title)… its gorgeous, touching, heartbreaking, real, measured, wise, fiery, and holy shit the way that sample – that simple short sample – is played off of and melded into the song and its story… genius. “Standing Ovation” makes me wanna get up and go – go with the wind at my back – and fucking change the world all by myself if I need to. It’s a goddamn epic, cinematic beast of a track with these lively rhythms and these big horns, its just larger-than-life and has one of the smoothest fucking switch ups imaginable. “I See You” is the most peaceful and lovely and romantic song that comes in at exactly the right time on the album. “Rollin Stone” isn’t getting enough love… that beat is vicious and filthy and its probably the most hardcore track on the album. I think maybe it doesn’t fit as perfectly in the album as all the previous tracks do, and perhaps that is why its being a bit overlooked? Idk, all I do know is its solid. “Protect My Energy” has a ridiculous electro-funk beat and it is infectious and, uh, its great and I like it. Then the album closes with 2 great tunes, both low key and introspective, with “How Did You Get Here” and “Miss Understood”. These 2 songs really save the back third of this album because “Point and Kill” and “Fear No Man” are album lowlights for me and these 2 closing tracks just close this album off with a very sweet taste. Although “How Did You Get Here” is a bit too much on the sincerely mawkish side, still solid but not a total stand out. “Miss Understood” is a great closer and one of the best songs here.

Okay, I have rambled enough. In closing, this is a great record and Little Simz is a force of Nature and I am ecstatic that, god willing, I get to see her and listen to her develop for years to come. While not to these 2 ears a total 10/10 world-shaking masterpiece, I do feel like it probably will be an album that lives on and stays relevant for years to come. And that is understandable and exciting.

The TPAB comparisons are apt, this is a very grand dense album, consistent all the way through it's over 1 hr run time. It's one that will take months or years to digest. I was really hoping for one of these monumental thought provoking definitive intellectual hip hop albums to drop this year and I think it is finally here. AOTY for me for now unless something else upsets it. More thoughts to come in the future on this one.

Landmark album. I feel like I just listened to a Citizen Kane. Indescribable love for this, entirely impressed. AOTY.

One of the best hip hop records I have heard in a long time. I know it’s cliche to compare any hip hop project to Kanye West that has a soulful, epic-styled feel to it with personal subject matters. But I have to say this is the equivalent of Late Registration and Twisted Fantasy getting together and giving birth to a beautiful baby girl. The growth between grey area and this really has me incredibly excited for what Little Simz can accomplish in the future!

I'm calling it right now, this will go down as a classic, the best hip hop album I've heard since "To Pimp A Butterfly"

Might be the most ambitious and complete hip hop album that came out since TPAB. Hope she will get the success she deserves.