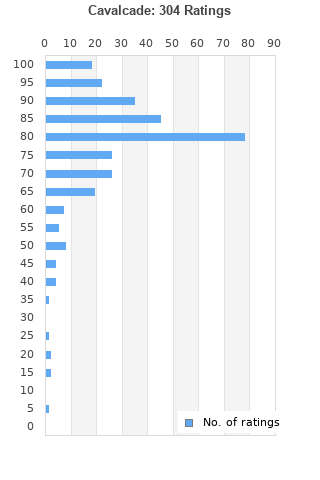 Cavalcade is ranked 2nd best out of 6 albums by Black Midi on BestEverAlbums.com.

The best album by Black Midi is Schlagenheim which is ranked number 850 in the list of all-time albums with a total rank score of 2,180. 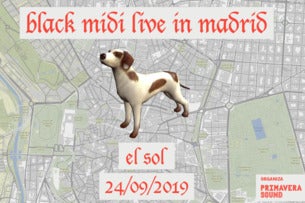 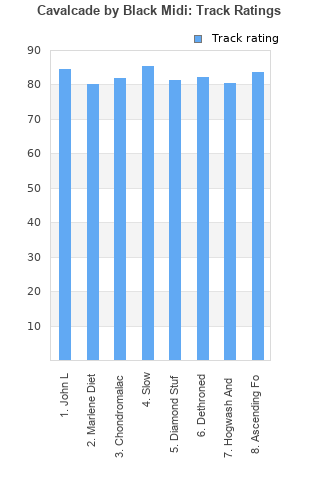 Rating metrics: Outliers can be removed when calculating a mean average to dampen the effects of ratings outside the normal distribution. This figure is provided as the trimmed mean. A high standard deviation can be legitimate, but can sometimes indicate 'gaming' is occurring. Consider a simplified example* of an item receiving ratings of 100, 50, & 0. The mean average rating would be 50. However, ratings of 55, 50 & 45 could also result in the same average. The second average might be more trusted because there is more consensus around a particular rating (a lower deviation).
(*In practice, some albums can have several thousand ratings)
This album is rated in the top 2% of all albums on BestEverAlbums.com. This album has a Bayesian average rating of 79.4/100, a mean average of 78.4/100, and a trimmed mean (excluding outliers) of 79.6/100. The standard deviation for this album is 15.4.

I've listened to this album like 50 times already and the high moments still hit like they did the first few listens. The buildups are strong and the payoffs are enormous. No weak tracks.

“Cavalcade” is built off the frantic exchange of instruments. The sound feels akin to free form Jazz, math rock, and strangely enough Primus. Rash clashes of guitars and horns will lead to a quiet period only for the intensity to rise again. The arrangement is well created, every instrument is noticed without covering the others. While the Instrumentation is tightly put together, the production is not. After “Marlene Dietrich”, the sound is mixed so quietly. The low volume robs the album of its sense of force, turning intense moments into more of a listening excise. In particular, the vocals are so quiet at times that they can barely be recognized. Black Midi has a promising sound, they just need to make sure it can be heard.

The progressive/punk rock they delivered in Schlagenheim didn't get me a lot, I thought it was too many technical and soulless. Despite the fact I felt a bit like this also in this sophomore album I have to admit that most of the tracks here are simply gorgeous, really love the jazzy influences and see a lot of potential.

A very chaotic and frantic album, that is extremely unique and definitely makes me excited for a future project. The way they can transition from slow to fast paced is incredible and that alongside the production makes for a very smooth listen. There is also some great instrumentation on the record, such as the drum work, which creates a fantastic atmosphere for us to enjoy. However, it can sound too chaotic times and a little bit messy and unpolished. It shows amazing potential for future projects that take on this style as this is great and they should only get better. Overall, I'm excited to revisit this album later on as it is a great modern prog record and deserves the praise it gets.

To be completely honest it’s just a lot. It’s taken several listens to wrap my head around. It treads a fine line of being creatively chaotic and just flat out chaotic. It indulges itself too much but is still an interesting and fairly rewarding listen. Enjoyable overall but still doesn’t really pan out the way it could. 7/10

It's just frantic. Like being hit round the head with a guitar. Just sit back and try and work out what's going on. Genuinely interesting and innovative.

This one took longer to digest than Schlagenheim, but I can now confidently say this was a great listen. Not a fan of the new John L sound style (at least not yet) but the rest is some of the best prog rock I've heard in years. Perfect balance between chaos and calm.

Your feedback for Cavalcade