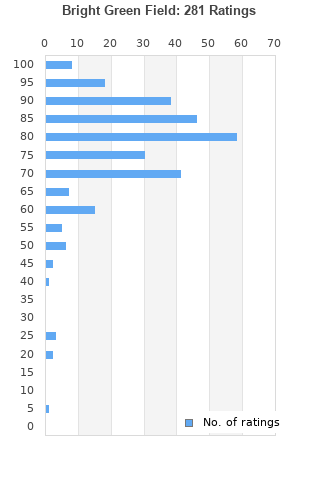 SQUID BRIGHT GREEN FIELD GATEFOLD VINYL RECORD SIGNED
Condition: New
Time left: 3d 8h 27m 22s
Ships to: Worldwide
£18.50
Go to store
Product prices and availability are accurate as of the date indicated and are subject to change. Any price and availability information displayed on the linked website at the time of purchase will apply to the purchase of this product.  See full search results on eBay

Bright Green Field is ranked as the best album by Squid. 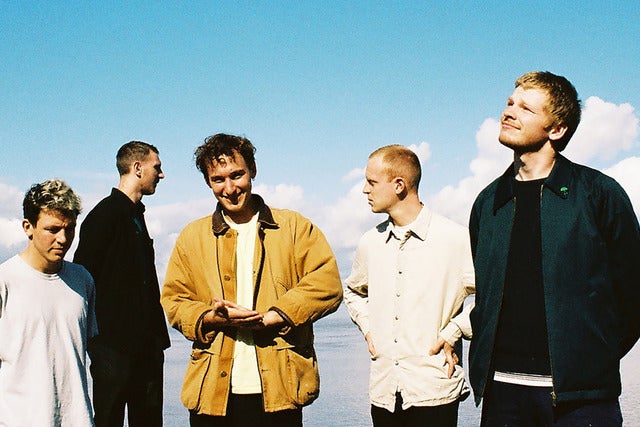 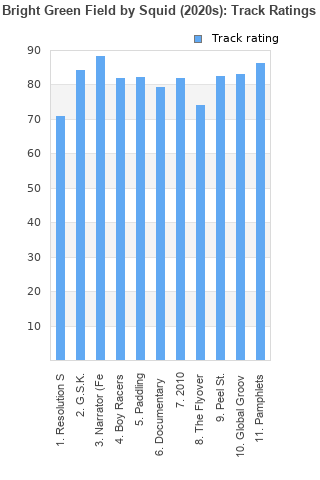 Rating metrics: Outliers can be removed when calculating a mean average to dampen the effects of ratings outside the normal distribution. This figure is provided as the trimmed mean. A high standard deviation can be legitimate, but can sometimes indicate 'gaming' is occurring. Consider a simplified example* of an item receiving ratings of 100, 50, & 0. The mean average rating would be 50. However, ratings of 55, 50 & 45 could also result in the same average. The second average might be more trusted because there is more consensus around a particular rating (a lower deviation).
(*In practice, some albums can have several thousand ratings)
This album is rated in the top 1% of all albums on BestEverAlbums.com. This album has a Bayesian average rating of 82.6/100, a mean average of 83.8/100, and a trimmed mean (excluding outliers) of 84.5/100. The standard deviation for this album is 11.2.

Solid album! Heck Narrator feels like an epic closer and it's only track 3 (and that music video is killer and trippy AF). To me it's this year's HMLTD and it's ranking higher than that did last year. We found Squid through HMLTD, came up in suggested artists. So this release was exciting for us and it didn't disappoint one bit. Love that post punk and progressive rock/math rock sorta thing going on.

A brilliant record that is ambitious and thoughtful. It's abstract enough to leave its messages up to you, the listener, while also being targeted enough to make it clear it's trying to get a message across. My money is on escapism.

Not to mention the song structures and instrumentals absolutely bang.

This is an album that has definitely lived up to the hype it’s received. When I think of modern post punk this is how it should sound.

Ok, time for a real comment and not just reference to other existing bands.

This album, for me, lived fully up to the hype I gave it, which was a lot. Mostly because of how good Narrator was as a single. The Squid boys are masters of combining groovy, melodic sections with experimental walls of sound and ambient sections. The greatest example of this is "Boy Racers". The opening groove is tight and skillful, it builds with more and more layers, and has a final climax. Then, it turns into a massive, celestial ambient track.

There is also a general vibe I've been getting from these newer post-punk bands. It's this careless and melodic sound that I have noticed on "2010" by Squid, "Despair" by black midi, and the end of "Athens, France" by Black Country, New Road. They're all so pretty, which is kind of a divergence away from the typical post-punk sound. Squid capture this vibe a couple times on this album. I'm excited for what's to come from them in the future.

Pretty much every song is a banger so give this album a listen and have some fun.

Squid- Black Country, New Road- and black midi next. This spring has some great releases. The future is bright for post-punk

Your feedback for Bright Green Field