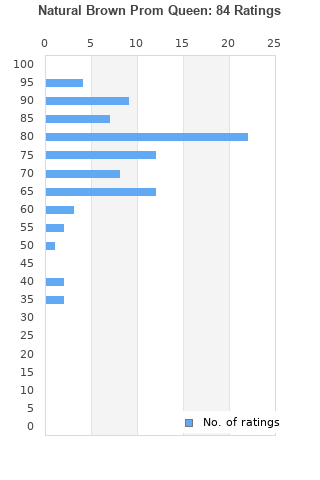 Natural Brown Prom Queen is ranked as the best album by Sudan Archives. 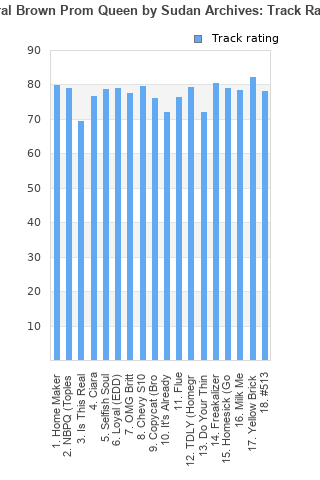 Rating metrics: Outliers can be removed when calculating a mean average to dampen the effects of ratings outside the normal distribution. This figure is provided as the trimmed mean. A high standard deviation can be legitimate, but can sometimes indicate 'gaming' is occurring. Consider a simplified example* of an item receiving ratings of 100, 50, & 0. The mean average rating would be 50. However, ratings of 55, 50 & 45 could also result in the same average. The second average might be more trusted because there is more consensus around a particular rating (a lower deviation).
(*In practice, some albums can have several thousand ratings)
This album is rated in the top 7% of all albums on BestEverAlbums.com. This album has a Bayesian average rating of 76.1/100, a mean average of 75.5/100, and a trimmed mean (excluding outliers) of 76.8/100. The standard deviation for this album is 11.8.

Easily one of the best albums of the year. No question.

One of the wildest R&B records in years. Just when you think you know where a song is heading, it's likely to pivot into something completely different. It's not always seamless, but it's always exciting. I'm three or four listens at this point and I'm still finding new things while still finding myself gripped by the catchy songwriting and, shall we say, cheeky lyrics. Sudan Archives is a force to be reckoned with.