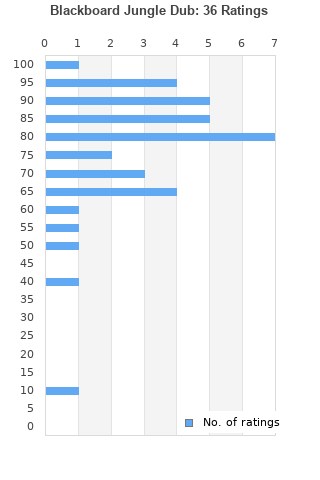 Blackboard Jungle Dub is ranked 2nd best out of 11 albums by The Upsetters on BestEverAlbums.com.

The best album by The Upsetters is Super Ape which is ranked number 2548 in the list of all-time albums with a total rank score of 613. 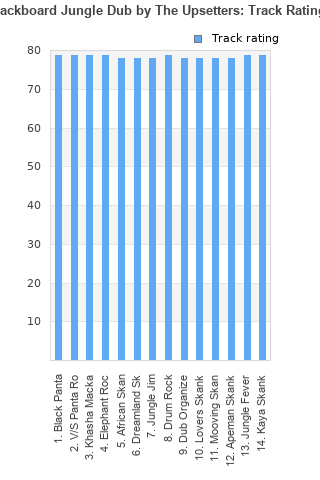 Rating metrics: Outliers can be removed when calculating a mean average to dampen the effects of ratings outside the normal distribution. This figure is provided as the trimmed mean. A high standard deviation can be legitimate, but can sometimes indicate 'gaming' is occurring. Consider a simplified example* of an item receiving ratings of 100, 50, & 0. The mean average rating would be 50. However, ratings of 55, 50 & 45 could also result in the same average. The second average might be more trusted because there is more consensus around a particular rating (a lower deviation).
(*In practice, some albums can have several thousand ratings)
This album is rated in the top 4% of all albums on BestEverAlbums.com. This album has a Bayesian average rating of 77.2/100, a mean average of 78.5/100, and a trimmed mean (excluding outliers) of 78.5/100. The standard deviation for this album is 14.0.

Right - to set the record straight: this is the ORIGINAL track listing of the 1973 issue. If you come across a copy with a picture of a lion on it, leave it be. The one you want either looks like the one in the picture (i.e. blackboard on a red background), or black with the legend "Upsetters 14 Dub Blackboard Jungle" written on the front. The latter is the Auralux remaster, and possibly the best version.

Anyway, enough. Amazing dub set, and thoroughly recommended to anyone new to the genre. Scratch an' Tubby 'pon de game. Big up.

Your feedback for Blackboard Jungle Dub