Selling England By The Pound (studio album) by Genesis 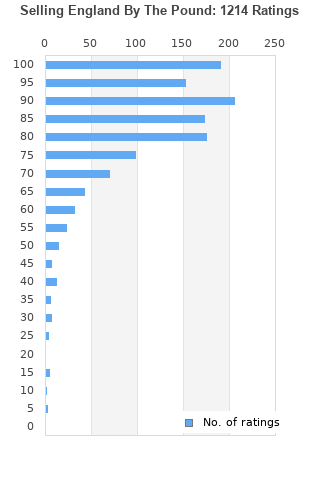 GENESIS (UK) - SELLING ENGLAND BY THE POUND [REMASTER] USED - VERY GOOD CD
Condition: Very Good
Time left: 4h 54m 46s
Ships to: Worldwide
$12.33
Go to store
Product prices and availability are accurate as of the date indicated and are subject to change. Any price and availability information displayed on the linked website at the time of purchase will apply to the purchase of this product.  See full search results on eBay

Selling England By The Pound is ranked as the best album by Genesis. 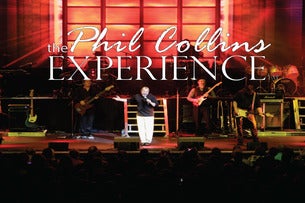 Listen to Selling England By The Pound on YouTube 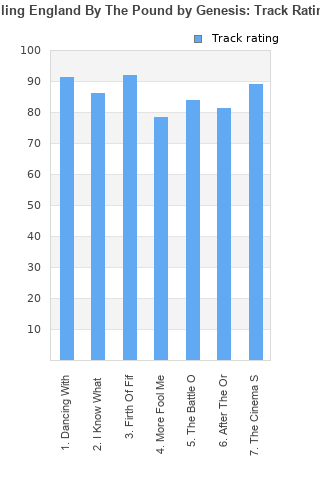 Selling England By The Pound rankings

Selling England By The Pound collection

Selling England By The Pound ratings

Rating metrics: Outliers can be removed when calculating a mean average to dampen the effects of ratings outside the normal distribution. This figure is provided as the trimmed mean. A high standard deviation can be legitimate, but can sometimes indicate 'gaming' is occurring. Consider a simplified example* of an item receiving ratings of 100, 50, & 0. The mean average rating would be 50. However, ratings of 55, 50 & 45 could also result in the same average. The second average might be more trusted because there is more consensus around a particular rating (a lower deviation).
(*In practice, some albums can have several thousand ratings)
This album is rated in the top 1% of all albums on BestEverAlbums.com. This album has a Bayesian average rating of 84.0/100, a mean average of 82.9/100, and a trimmed mean (excluding outliers) of 84.1/100. The standard deviation for this album is 15.3.

Selling England By The Pound favourites

Selling England By The Pound comments

Stereo mix ruins it, but the original version is perfect

Very artistic and very English, the opening line says it all really. Most of it is wonderful. However, I've never really got The Battle Of Epping Forest, it's ponderously long and too wordy for me. My favourite is The Cinema Show and as a piece of music only bettered by the earlier Supper's Ready.

Extremely creative, excellently produced and ultimately very memorable, Selling England by the Pound is in the top tier of Genesis albums.

Their most solid and consistent throughout.

In my mind, unquestionably Genesis' finest hour. The opening trio alone puts almost any other prog band to shame, but the rest of the album is astonishing as well. There are simply no weak tracks here. There would be flashes of excellence just as great as this later on (In the Cage, Carpet Crawlers, Squonk, etc.), but no record that Genesis recorded was ever as consistently great as this one. A must-listen for any fan of prog rock or rock in general.

Very good stuff from beginning to the end. I like The first track and also Firth of FIve. Astonishingly there is a theme for the whole album. I say favorable and listenable.

One of the best records of all the times.

Selling England by the Pound was classic Genesis hitting on all cylinders, and the band put together a completely original and musically superior album like no other. Although it would pale in comparison to the commercial success of the band’s pop-oriented 1980s album, it nearly topped the charts in the UK, which was a big deal at the time. But where there album shines is artistically, and on this front it belongs on the list of best ever.

Your feedback for Selling England By The Pound