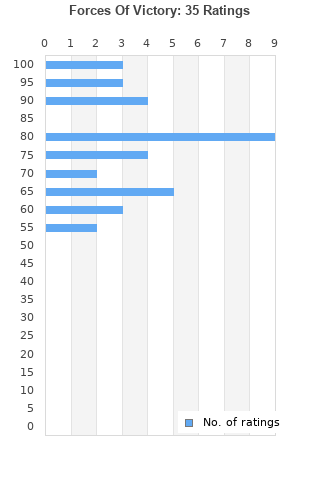 Cassette: LINTON KWESI JOHNSON Forces of victory POP REGGAE
Condition: Very Good
Time left: 5d 1h 2m 38s
Ships to: Worldwide
£15.00
Go to store
Product prices and availability are accurate as of the date indicated and are subject to change. Any price and availability information displayed on the linked website at the time of purchase will apply to the purchase of this product.  See full search results on eBay

Forces Of Victory is ranked as the best album by Linton Kwesi Johnson. 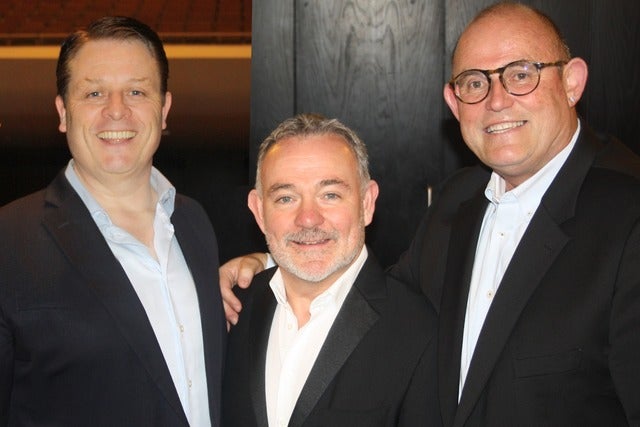 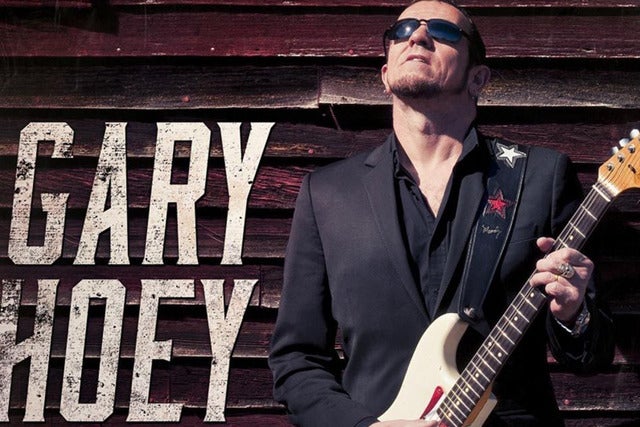 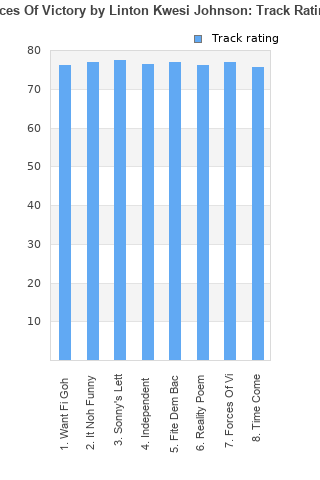 Rating metrics: Outliers can be removed when calculating a mean average to dampen the effects of ratings outside the normal distribution. This figure is provided as the trimmed mean. A high standard deviation can be legitimate, but can sometimes indicate 'gaming' is occurring. Consider a simplified example* of an item receiving ratings of 100, 50, & 0. The mean average rating would be 50. However, ratings of 55, 50 & 45 could also result in the same average. The second average might be more trusted because there is more consensus around a particular rating (a lower deviation).
(*In practice, some albums can have several thousand ratings)
This album is rated in the top 3% of all albums on BestEverAlbums.com. This album has a Bayesian average rating of 77.9/100, a mean average of 79.8/100, and a trimmed mean (excluding outliers) of 79.8/100. The standard deviation for this album is 13.5.

Good Lord! This was the biggest shock for me on this site: seeing how underrated and obscure this musician/poet is. For so many of my friends here in South Africa this guy was huge. Bigger than Bob Marley.

Here's a story to demonstrate just how much he meant to so many White lefties in SA:

My friend Marc was conscripted into the South African army in the late 80s (as were all of us), but like so many, was deeply disturbed by what was expected of him. After a few months they sent him to a military hospital for a few months for 'psychiatric evaluation'. After which he was discharged...

The only thing that kept him sane in this maddest of mad corners of 1980s SA was the music of Rodriguez and LKJ.

Many years later, he had the opportunity to see LKJ perform in Grahamstown, a small university town in South Africa. Afterwards he burst into the dressing room and on seeing his hero face to face blurted out: "LKJ!!! You saved my fucken life!!!"

Marc hadn't noticed a small film crew set up on the other side of the room!

Great story. This guy was huge here. And this is my favourite album of his. Best songs: Sonny's Lettah, Want fi goh rave, Fite dem back.

Your feedback for Forces Of Victory