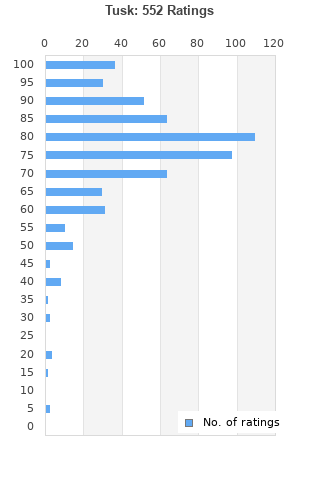 Tusk is ranked 2nd best out of 37 albums by Fleetwood Mac on BestEverAlbums.com.

The best album by Fleetwood Mac is Rumours which is ranked number 27 in the list of all-time albums with a total rank score of 37,969. 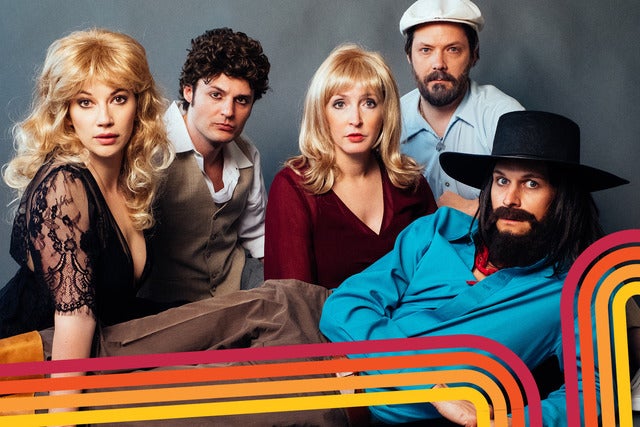 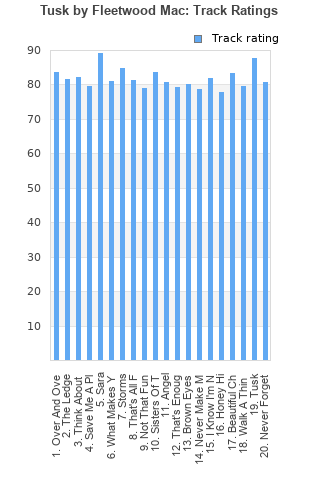 Rating metrics: Outliers can be removed when calculating a mean average to dampen the effects of ratings outside the normal distribution. This figure is provided as the trimmed mean. A high standard deviation can be legitimate, but can sometimes indicate 'gaming' is occurring. Consider a simplified example* of an item receiving ratings of 100, 50, & 0. The mean average rating would be 50. However, ratings of 55, 50 & 45 could also result in the same average. The second average might be more trusted because there is more consensus around a particular rating (a lower deviation).
(*In practice, some albums can have several thousand ratings)
This album is rated in the top 3% of all albums on BestEverAlbums.com. This album has a Bayesian average rating of 77.9/100, a mean average of 77.4/100, and a trimmed mean (excluding outliers) of 78.0/100. The standard deviation for this album is 13.8.

Coming after the blockbuster success of 1977's Rumours, Tusk is a very weird yet highly interesting and experimental pop/rock album. Lindsay Buckingham was the main driving force behind this album, and due to his fascination with bands like the Talking Heads and in an attempt to make an album that would relevant to the post-punk world, the band made this avant-pop masterpiece. Of course, not every song on this double album is weird and experimental, with songs such as "Sara" sounding more like conventional post-Green Fleetwood Mac songs, albeit of significant high quality. It''s these balance of styles that makes this album great.

I applaud them for not taking the easy route and simply replicating Rumours on this album, when they could very well easily have done so. I would highly recommend a listen. It might not grab you immediately, especially if you listen to this just after Rumours, but it is a fascinating listen.

Sara is one of the most beautiful songs I've ever heard

The album is very long, there is a lot of good tracks but they are lost in these average songs. I preferred a lot more Fleetwood mac and Rumours. This should not have been a double album.

I don't know why, but this album gets to me. Especially the first quarter (every song up until storms), and the last quarter (I know I'm not Wrong till the end) always hit so hard. Many bangers in between too.

this is such a weird album.i only listened to this a few years ago for the first time.i was put off by the reviews.i like it.it really is a album of 2 parts.lindsey as one and the rest as two.i find interesting but it never runs smoothly like rumours.a great album thou.

I never loved Rumors, then I heard this. Tusk is weird at first but has so much going on in it. One of my most favorite albums. Give it a couple of listens.

Acoustic orgasm all over. The details to this album are astounding: First of all, the percussion is just perfect, it keeps you perfectly in the flow; and then the way all the guitars, background vocals, organs, everything perfectly fade in and out. Perfect perfect PERFECT. And that combined with the perfect songwriting and vocals of Christine McVie (née Christine Perfect) and Stevie Nicks just creates the most dangerous cocktail of mellow emotions. I still think some songs of Fleetwood Mac should come with a disclaimer reading "you will cry".

They named this album after Mick Fleetwood's work tool apparently. The music is better than this title suggests.

Your feedback for Tusk