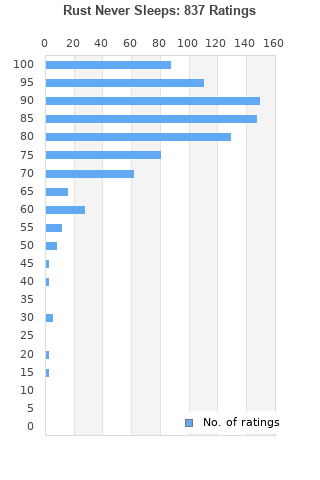 The best album by Neil Young & Crazy Horse is Everybody Knows This Is Nowhere which is ranked number 213 in the list of all-time albums with a total rank score of 8,484. 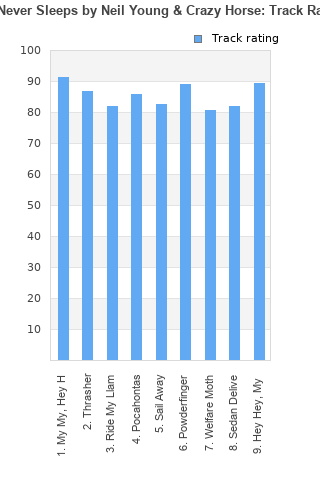 Rating metrics: Outliers can be removed when calculating a mean average to dampen the effects of ratings outside the normal distribution. This figure is provided as the trimmed mean. A high standard deviation can be legitimate, but can sometimes indicate 'gaming' is occurring. Consider a simplified example* of an item receiving ratings of 100, 50, & 0. The mean average rating would be 50. However, ratings of 55, 50 & 45 could also result in the same average. The second average might be more trusted because there is more consensus around a particular rating (a lower deviation).
(*In practice, some albums can have several thousand ratings)
This album is rated in the top 1% of all albums on BestEverAlbums.com. This album has a Bayesian average rating of 83.9/100, a mean average of 83.3/100, and a trimmed mean (excluding outliers) of 84.0/100. The standard deviation for this album is 12.9.

HIghlights are the opener and closer with good quality in between

It's definitely one of my favorite Neil Young albums, it is a great mix of his acoustic side with his rock side.

Another good album from Neil, he had no bad albums in the seventies. The first side is my favourite , and the songs i like the most are Thrasher, Pocahontas and Powderfinger. Not crazy about Welfare Mother and Sedan Delivery.

Great tracklist. As a live music guy raised on Live Rust, I'm still wrapping my head around the intentional suppression of the audience noise.

A great live album. My My, Hey Hey (Out Of The Blue) is one of the best songs I've ever heard, the louder songs are very entertaining and energetic, the acoustic songs are quite delightful. Neil Young knocks it out of the park once again.

Your feedback for Rust Never Sleeps