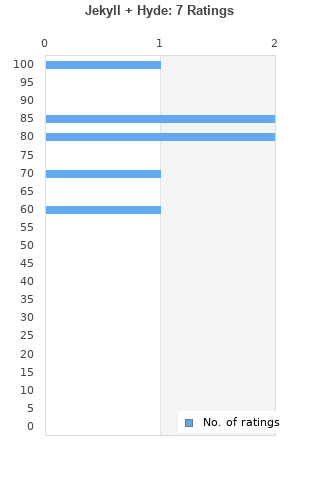 Jekyll + Hyde is ranked 3rd best out of 8 albums by Zac Brown Band on BestEverAlbums.com.

The best album by Zac Brown Band is The Foundation which is ranked number 9485 in the list of all-time albums with a total rank score of 123. 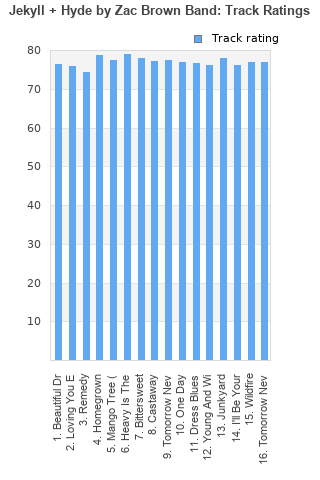 Jekyll + Hyde is definitely that. One song deep dark and spooky and the next bright as a day in May. It does feel like he's trying really hard to write a hit with every song, but in the end to his favor. Lot's of really amazing, talented stuff on here and from so many different angles.

I heard "Heavy Is the Head" when it first came out and was expecting this album to be something different. Maybe a change of direction or something they have done before. However, the rest of the album is basically the same material as previous albums. It's still an ok album worth a listen and will please fans. It has some really good songs as well, especially "Dress Blues" but for the most part it seems like they got a little lazy.

Your feedback for Jekyll + Hyde