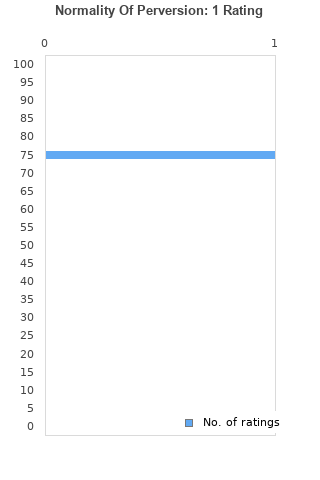 Sorry, no matches on eBay for "Normality Of Perversion Arcansiel".
See full search results on eBay

Normality Of Perversion is ranked 3rd best out of 3 albums by Arcansiel on BestEverAlbums.com.

The best album by Arcansiel is Stillsearching which is ranked number 41437 in the list of all-time albums with a total rank score of 12.

No tracks have been rated on this album yet.
#
Track
Rating/Comments
1.
The Girl From Heaven And The Wolf Don't Care If You Are Glad To Live
Rating: Not enough dataComments:

0
3.
The End
Rating: Not enough dataComments:

0
4.
What Does "The Night Becomes True" Mean?
Rating: Not enough dataComments:

0
5.
I'm Crashing Videotapes Behind The Mirrors Against Your T.V. Set
Rating: Not enough dataComments:

Your feedback for Normality Of Perversion