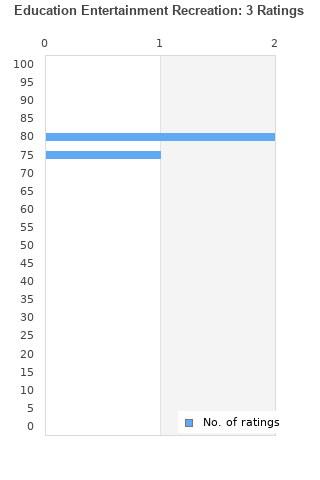 New Order: Education Entertainment Recreation Triple LP Vinyl New Sealed
Condition: New
Time left: 3d 16h 23m 49s
Ships to: Worldwide
£51.95
Go to store
Product prices and availability are accurate as of the date indicated and are subject to change. Any price and availability information displayed on the linked website at the time of purchase will apply to the purchase of this product.  See full search results on eBay

Education Entertainment Recreation is ranked 21st best out of 29 albums by New Order on BestEverAlbums.com.

The best album by New Order is Power, Corruption & Lies which is ranked number 262 in the list of all-time albums with a total rank score of 7,601. 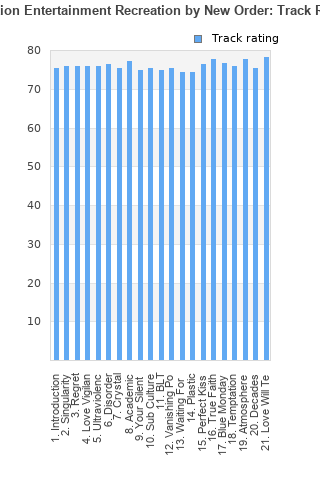 Whenever I hear another NO (Joy Division) live release I’m constantly reminded how amazingly consistent their catalogue is with gem after gem after gem. Here we get “Disorder”, “Academic”, “BLT”, “The Perfect Kiss”,”True Faith”, “Blue Monday”, “Temptation”, “Atmosphere” and “LWTUA”. Ridiculous and hardly seems fair

Recorded in 2018 this performance is a little flat but still excellent. For the definitive NO live performance I would point you towards ‘Live at Bestival 2012’, this ones a beauty

Your feedback for Education Entertainment Recreation