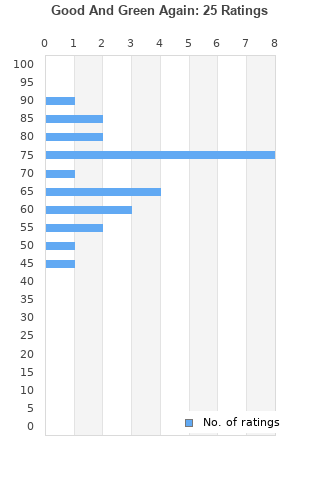 Good And Green Again is ranked 2nd best out of 4 albums by Jake Xerxes Fussell on BestEverAlbums.com. 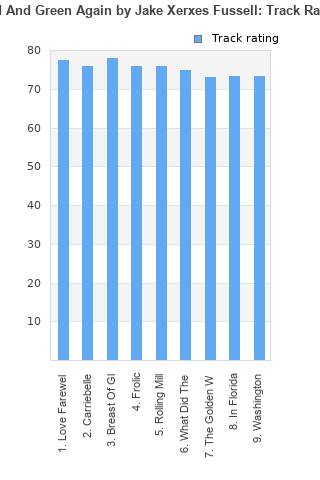 Rating metrics: Outliers can be removed when calculating a mean average to dampen the effects of ratings outside the normal distribution. This figure is provided as the trimmed mean. A high standard deviation can be legitimate, but can sometimes indicate 'gaming' is occurring. Consider a simplified example* of an item receiving ratings of 100, 50, & 0. The mean average rating would be 50. However, ratings of 55, 50 & 45 could also result in the same average. The second average might be more trusted because there is more consensus around a particular rating (a lower deviation).
(*In practice, some albums can have several thousand ratings)
This album has a Bayesian average rating of 70.8/100, a mean average of 69.8/100, and a trimmed mean (excluding outliers) of 69.8/100. The standard deviation for this album is 11.6.

Quite a splendid folk album from Fussell, whose been stirring a bit of attention in the US, opening for Magnetic Fields and Decemberists, to name a few. Good and Green Again is principally an acoustic guitar album, but the additional instrumentation, especially the electric guitar, lapsteel, and (very) faint strings are incorporated so well. The mixing understands that they cannot overshadow the acoustic, and so there's a wonderful balance struck between voice/guitar/surrounds.

Your feedback for Good And Green Again