Wheatfield Soul (album) by The Guess Who 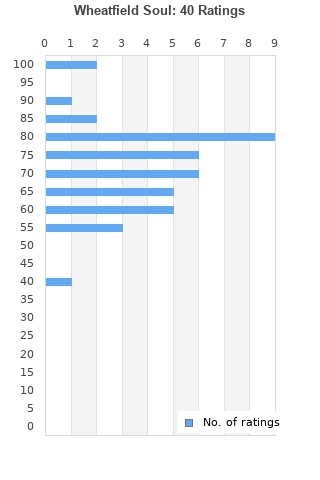 Wheatfield Soul is ranked 3rd best out of 19 albums by The Guess Who on BestEverAlbums.com.

The best album by The Guess Who is American Woman which is ranked number 3525 in the list of all-time albums with a total rank score of 397. 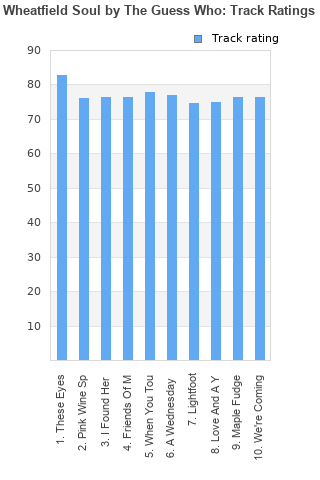 Outliers can be removed when calculating a mean average to dampen the effects of ratings outside the normal distribution. This figure is provided as the trimmed mean. A high standard deviation can be legitimate, but can sometimes indicate 'gaming' is occurring. Consider a simplified example* of an item receiving ratings of 100, 50, & 0. The mean average rating would be 50. However, ratings of 55, 50 & 45 could also result in the same average. The second average might be more trusted because there is more consensus around a particular rating (a lower deviation).
(*In practice, some albums can have several thousand ratings)
This album has a mean average rating of 74.0/100. The trimmed mean (excluding outliers) is 74.3/100. The standard deviation for this album is 12.4.

Burton Cummings is influenced by Jim Morrison as heard on "Friends of Mine. Burton is a huge Morrison fan and drove Morrison around in a car one night in L.A. Burton will also recite Doors lyrics during his concerts.

This has to be one of the most underrated album on the 60's. I mean, it's really good.

My favorite tracks include, but are not limited to:
Friends of Mine
When You Touch Me
We're Coming To Dine

There are some great lesser known songs on this album, especially Wednesday In Your Garden and I Found Her in a Star. 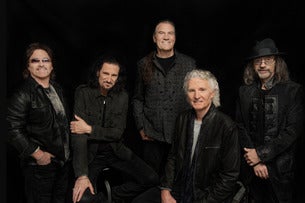 Your feedback for Wheatfield Soul