Tommy (studio album) by The Who 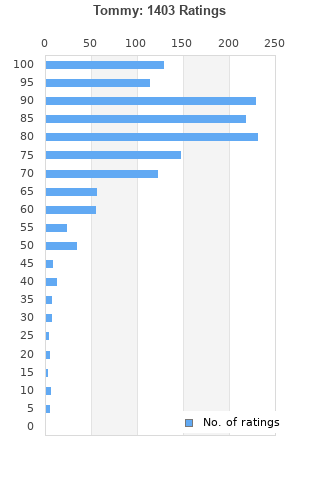 Tommy is ranked 3rd best out of 46 albums by The Who on BestEverAlbums.com.

The best album by The Who is Who's Next which is ranked number 39 in the list of all-time albums with a total rank score of 28,413. 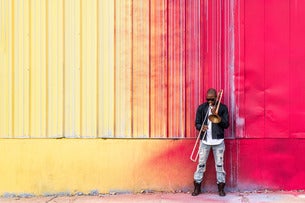 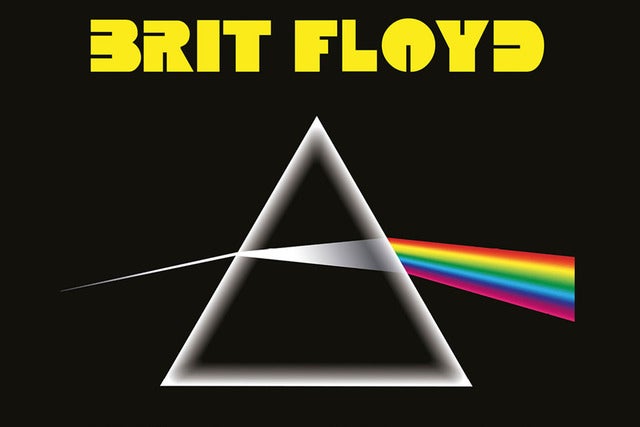 Tickets from Ticketmaster Get tickets
May
20
Fri
18:30 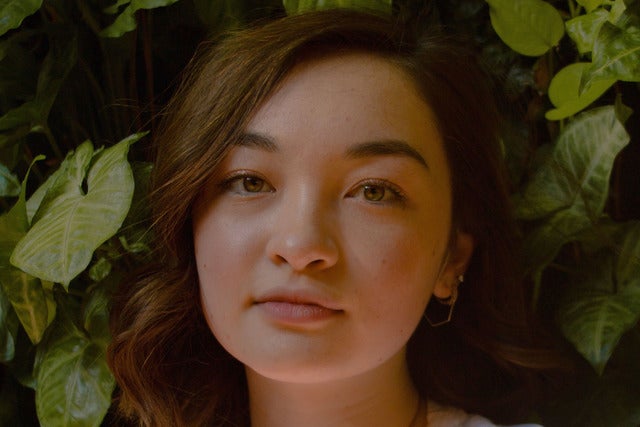 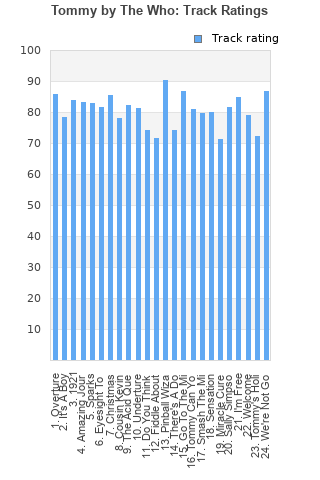 Rating metrics: Outliers can be removed when calculating a mean average to dampen the effects of ratings outside the normal distribution. This figure is provided as the trimmed mean. A high standard deviation can be legitimate, but can sometimes indicate 'gaming' is occurring. Consider a simplified example* of an item receiving ratings of 100, 50, & 0. The mean average rating would be 50. However, ratings of 55, 50 & 45 could also result in the same average. The second average might be more trusted because there is more consensus around a particular rating (a lower deviation).
(*In practice, some albums can have several thousand ratings)
This album is rated in the top 1% of all albums on BestEverAlbums.com. This album has a Bayesian average rating of 80.9/100, a mean average of 79.8/100, and a trimmed mean (excluding outliers) of 80.9/100. The standard deviation for this album is 15.5.

Some good tracks but way too many embarrassing duffers in the lyrics. The story is too clear and reads like a book. First tommy's dad is killed and then..... etc. Quadrophenia blurs the story and its way better for that alone - as well as having no duff tracks. Still, good that they did the duff one first and then improved it I guess. Imagine if it was the other way round !

Love this Opera Rock; great stuff, absolutely to be listened from the beginning till the end, not piece by piece.

I love this album by The Who (their best in 60s). This is too long and tracks like Fiddle About and Cousin Kevin are not necessary and they are the lowest points for me. The rest is good, I especially like Acid Queen, Christmas, 1921. Pinball Wizard is the best and all-time great track.

I'm a sucker for a Rock Opera. This is one of the great influencers of the musicals, operas, and concepts that I love most. While things that have come since are more polished and logical, this pioneer of a great era can't be forgotten.

Decent concept album. Bit mild in rock terms compared to their other albums but worthy of pulling out for a listen every now and then.

One of the best rock operas of all time.

The concept of the album is frail, and the music isn't much better

Album is easy to listen to, tells a messy but interesting story and has a few catchy tunes. Nothing spectacular, but solid and enjoyable.

Your feedback for Tommy