England Made Me (studio album) by Black Box Recorder 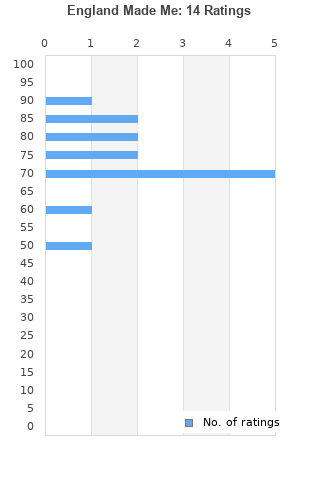 England Made Me, Black Box Recorder, Good
Condition: Good
Time left: 2d 20h 20s
Ships to: Worldwide
$13.96
Go to store
Product prices and availability are accurate as of the date indicated and are subject to change. Any price and availability information displayed on the linked website at the time of purchase will apply to the purchase of this product.  See full search results on eBay

England Made Me is ranked 2nd best out of 3 albums by Black Box Recorder on BestEverAlbums.com.

The best album by Black Box Recorder is The Facts Of Life which is ranked number 20263 in the list of all-time albums with a total rank score of 46. 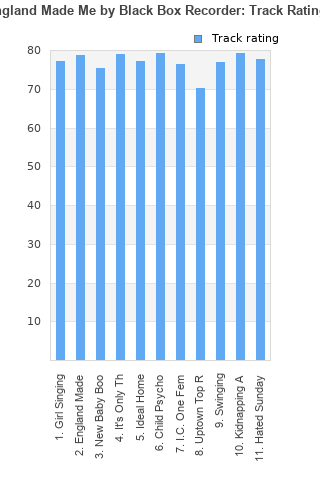 England Made Me rankings

England Made Me collection

England Made Me ratings

England Made Me favourites

England Made Me comments

Discovered this through Luke Haines hilarious and extremely cynical memoir, Post Everything: Outsider Rock and Roll. It's a melodic and very downbeat record that reminds me a little of Sparkle Horse or Eels.

Your feedback for England Made Me